A photograph is a secret about a secret. The more it tells you the less you know.

Speaking of Kings, we went for a walk in Pittencrieff Park (known locally as "The Glen"). We were hunting for autumn leaves for an artsy project, specifically Oak. A walk in a park is never a bad idea in my book, and it gave me a chance to re-introduce myself to the big Fuji XF100-400mm zoom lens that I got back from service and repair this week. 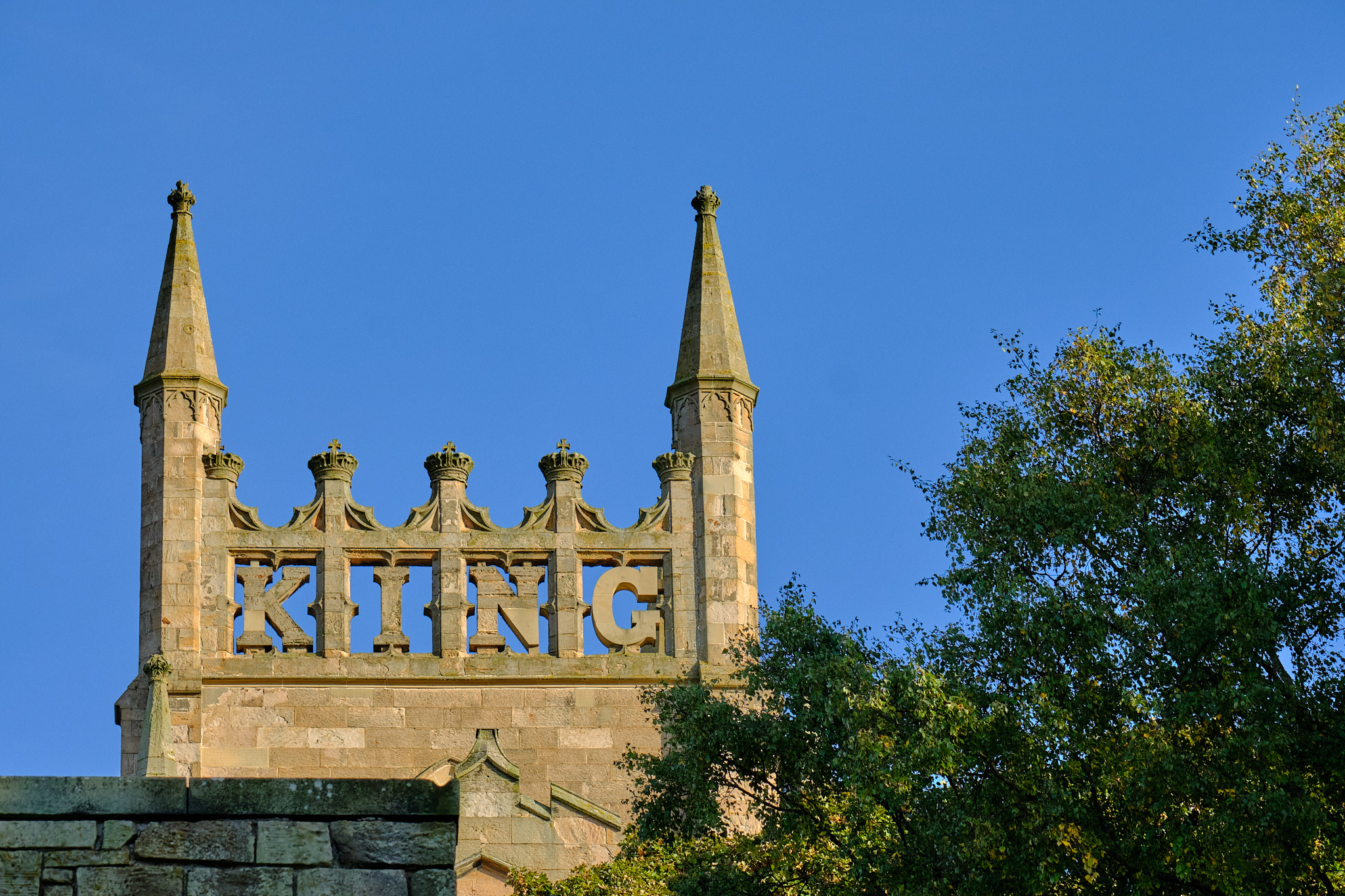 King Charles III recently formally conferred city status on Dunfermline, during his first joint royal visit with the Queen Consort since the death of Queen Elizabeth. The townsfolk turned out for the occasion, which is nice, even if some were apparently a little unkind to our First Minister. I couldn't possibly comment. 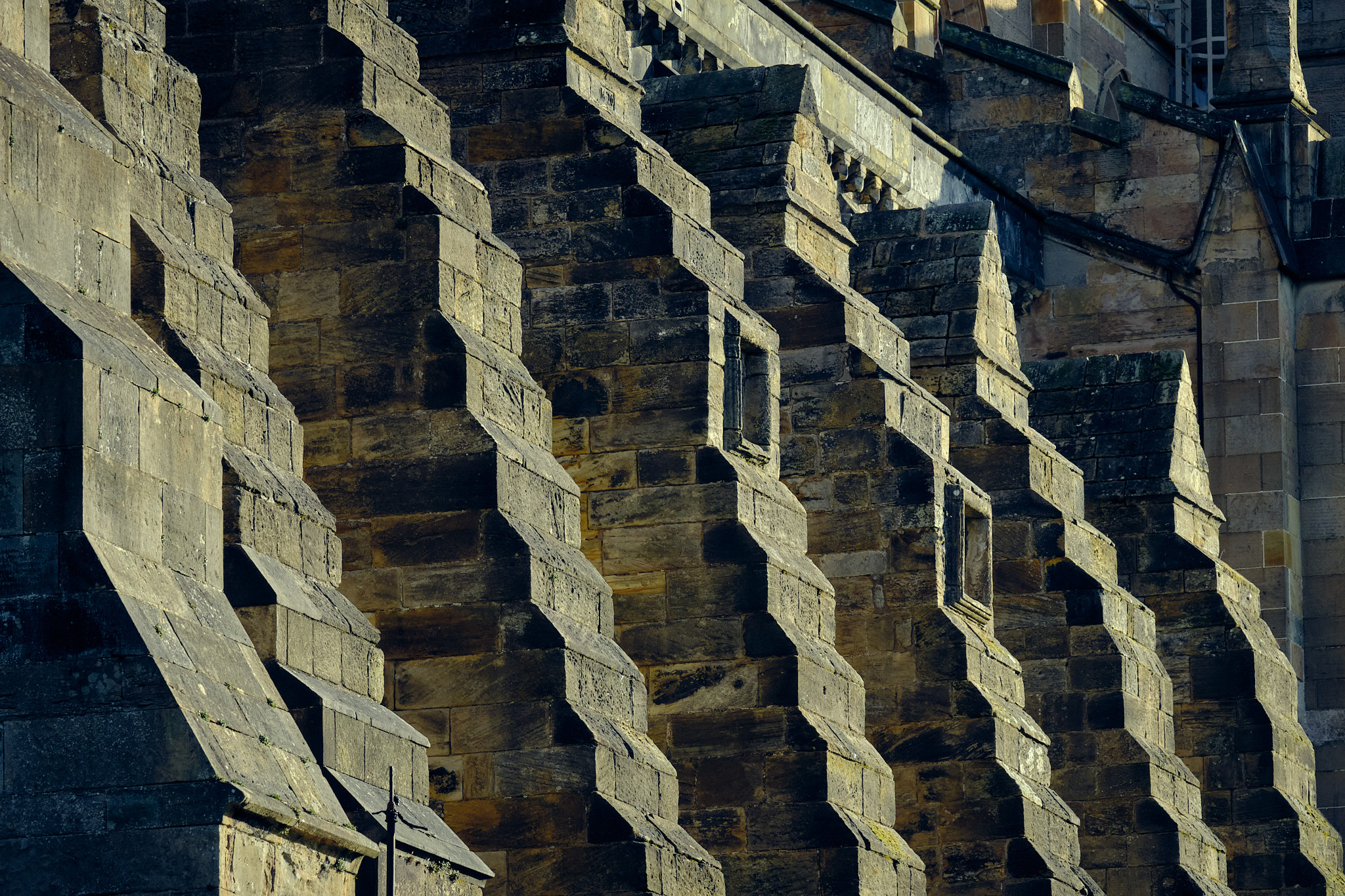 The Abbey and Abbey Church were basking in the early autumn glow. I love how the light played around the buttresses of this old place, which has quite a history. Walking down into the Glen, the colurs in the Japanese Garden were no less magical. 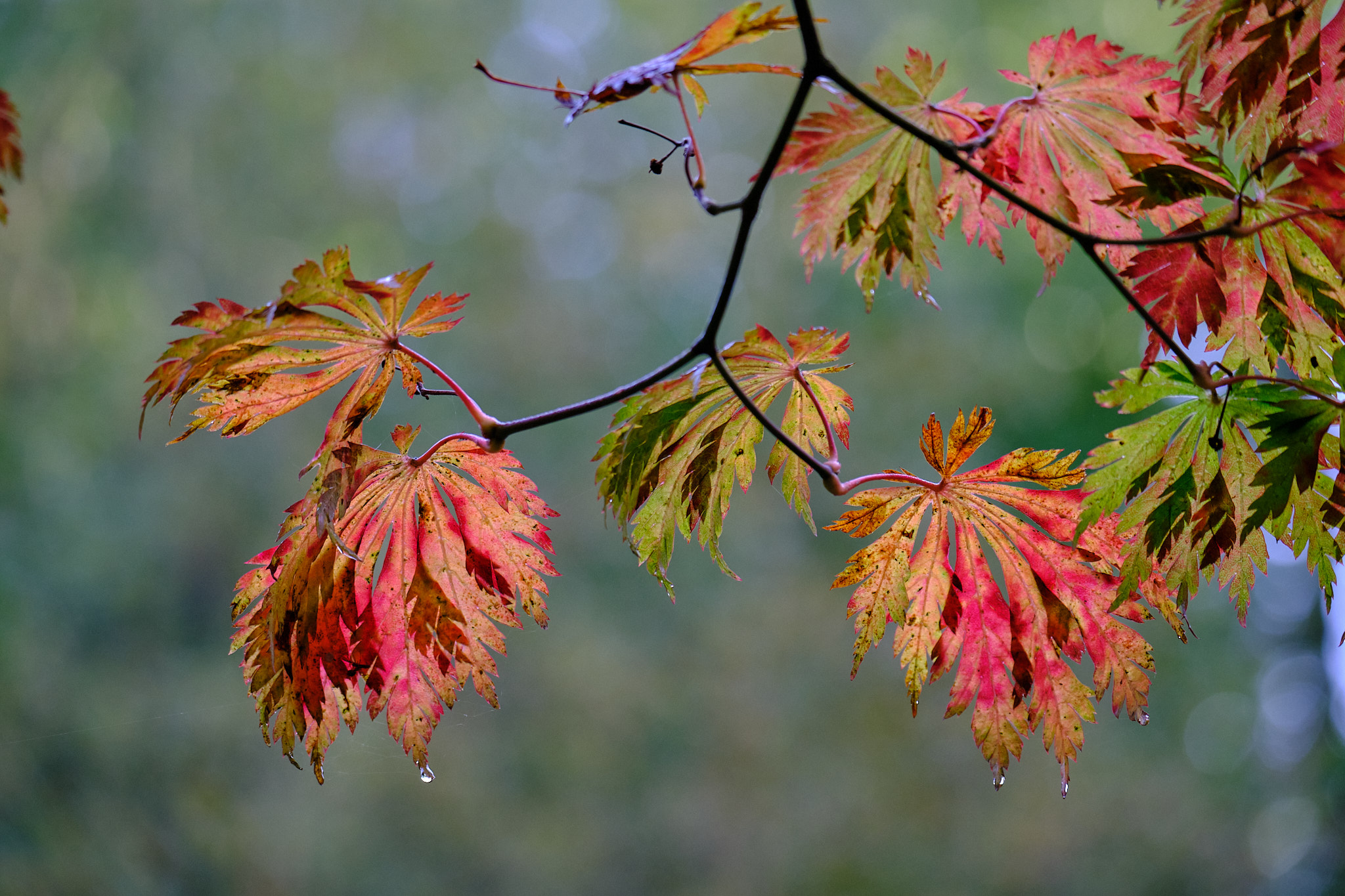 The contrast was strong as we explored some of the nooks and crannies. Sunlight danced on water and dappled through the leaves, reflecting and re-reflecting greens and reds, oranges and yellows between dark and mysterious Tolkienesque shadows. 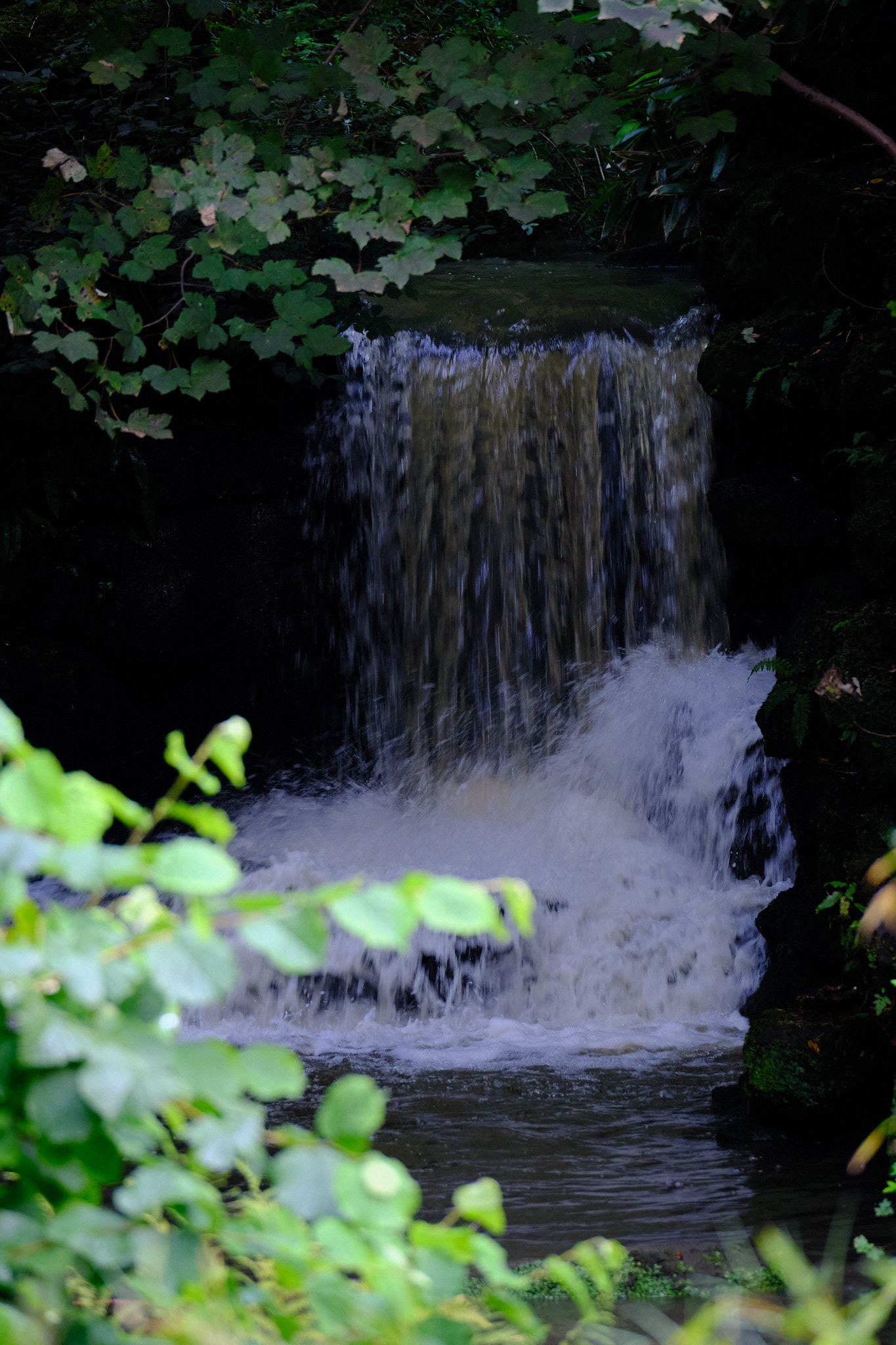 The Waterfall on Tower Burn. 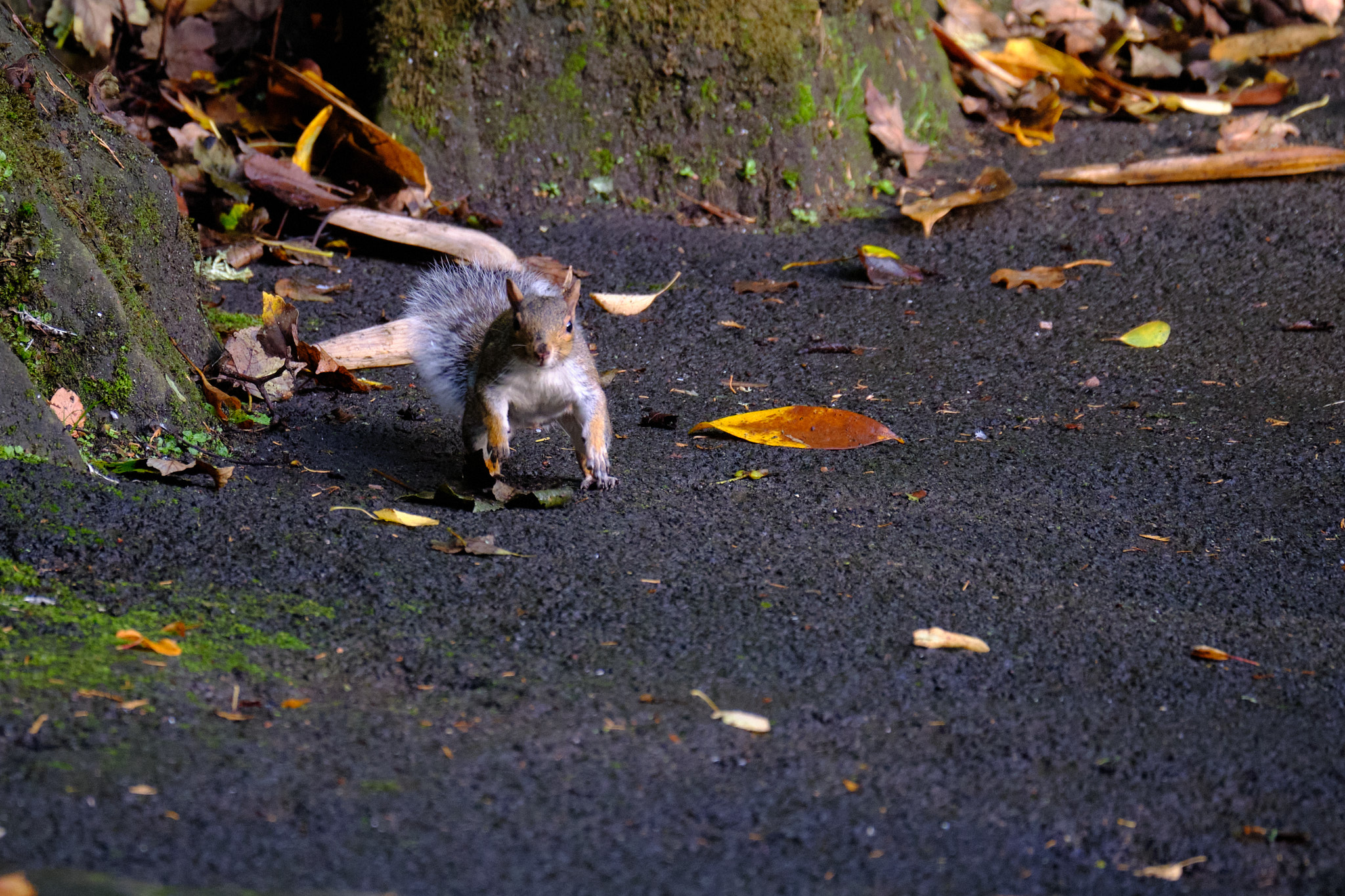 What the Americans call a Sqrl. There are plenty of these in and around Dunfermline (squirrels, although there are a fair number of Americans, even at this time of year). They have a sense of humour, of course, and will run right across the feet of anyone with a camera just to watch them fumble for focus and fail. 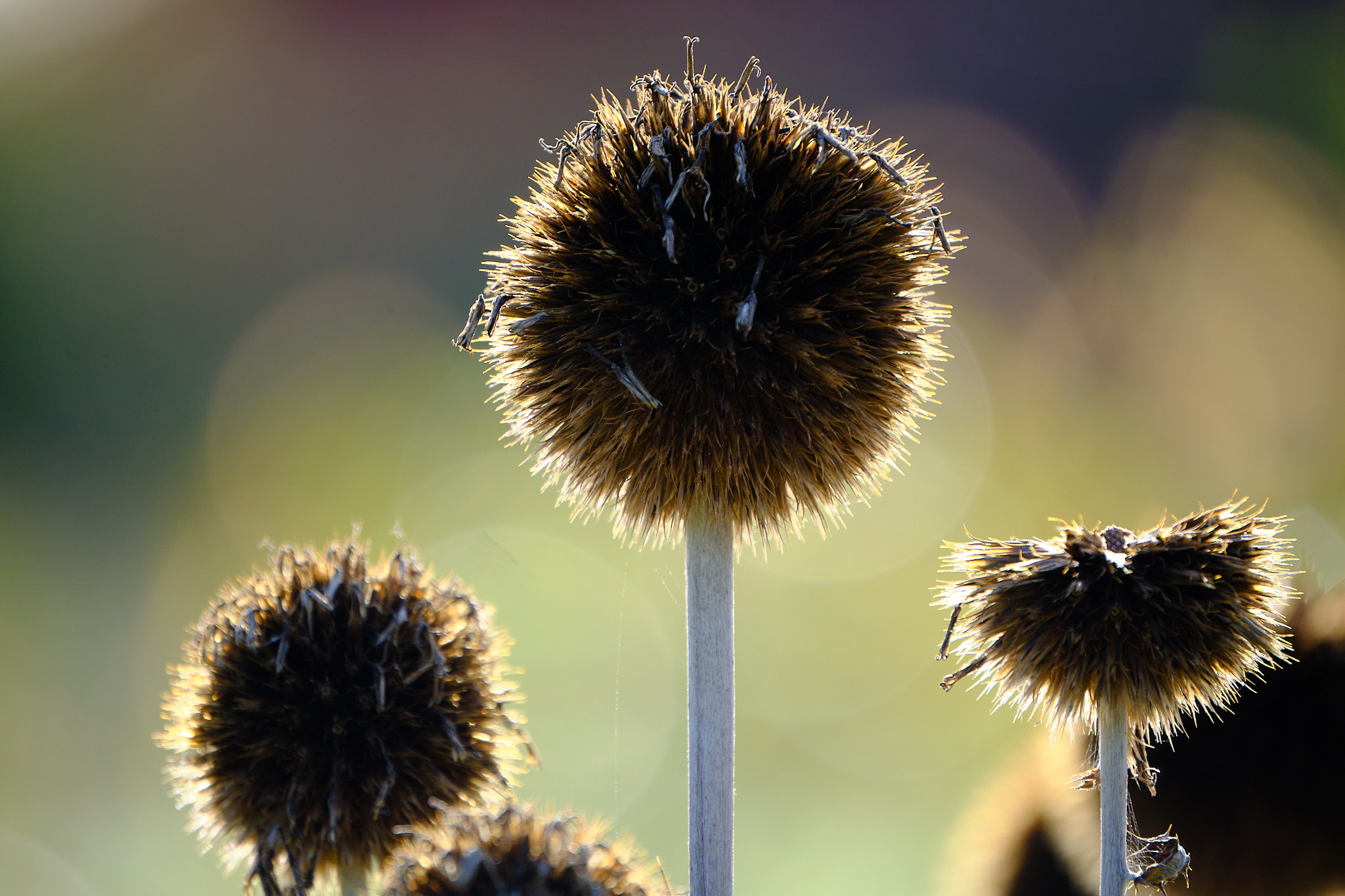 Alliums in the formal garden. We walked here after pausing for a breakfast roll at the Peacock Room, and chatting to an old friend I hadn't seen for 20 years. That was a pleasant surprise and oddly, enabled me to fill in a couple of gaps from a particular period in my life. Nothing major, more an ironing out of wrinkles in a shirt I haven't worn for a while, but a resolution nonetheless.

This iconic peacock is one of a number in the park. There is a new enclosure following the recent mindless attack that resulted in the injury of one bird and the death of another, Malcolm, named for the King whose wife Margaret established the Abbey. More help is needed to support the volunteers who put heart and soul into caring for these beautiful creatures. If you can help, please drop them a few quid. Thank you, and thanks for reading.

All of the pictures on this page were made with the Fuji XF100-400mm F4.5-5.6 R LM OIS WR lens and my brilliant digital Fuji X-T2 camera. They were tastefully post-processed in Capture One Pro.