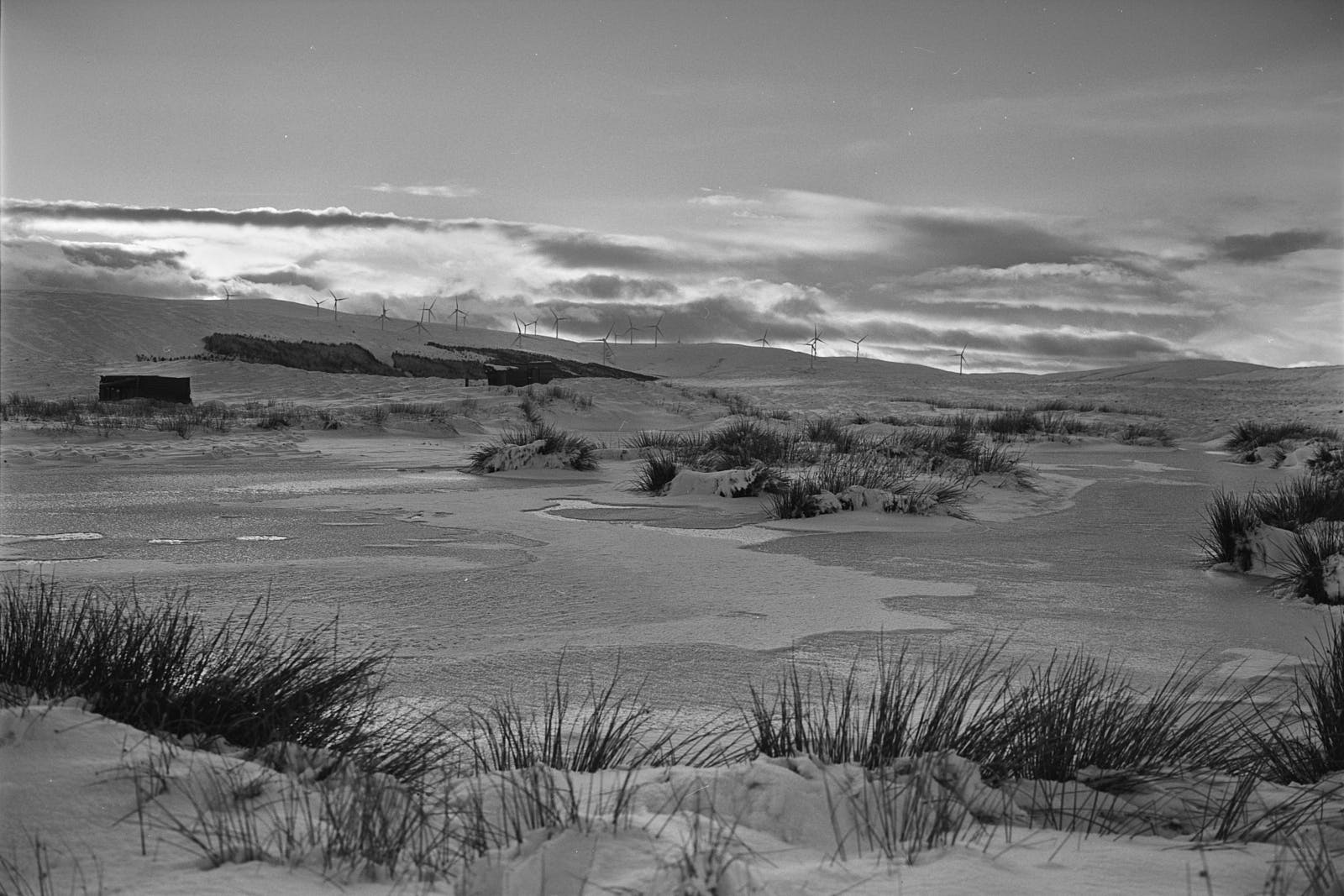 I love this film stock -- relatively cheap at a fiver a roll from Analogue Wonderland and very forgiving. This roll, I "semi-stand" developed in a highly dilute solution of 3 cm3 of Rodinal R09 in half a litre of water. The camera for this roll was Fuji GW690ii medium-format monster that shoots only 8 images per roll, each 6cm by 9cm wide. Scanned at 6400 dpi, that makes for over 300 Mega pixels. Not that anyone shooting film gives a monkey's toss for pixel-peeping. I'm probably overdoing it by scanning at 6400 dpi, to be honest.

We took this beast of a camera up a local hill to catch the twilight at a favourite exercise spot of ours. We like the place because there are very few people there, so we can be socially responsible, get some fresh air and exercise, and take a few photographs. 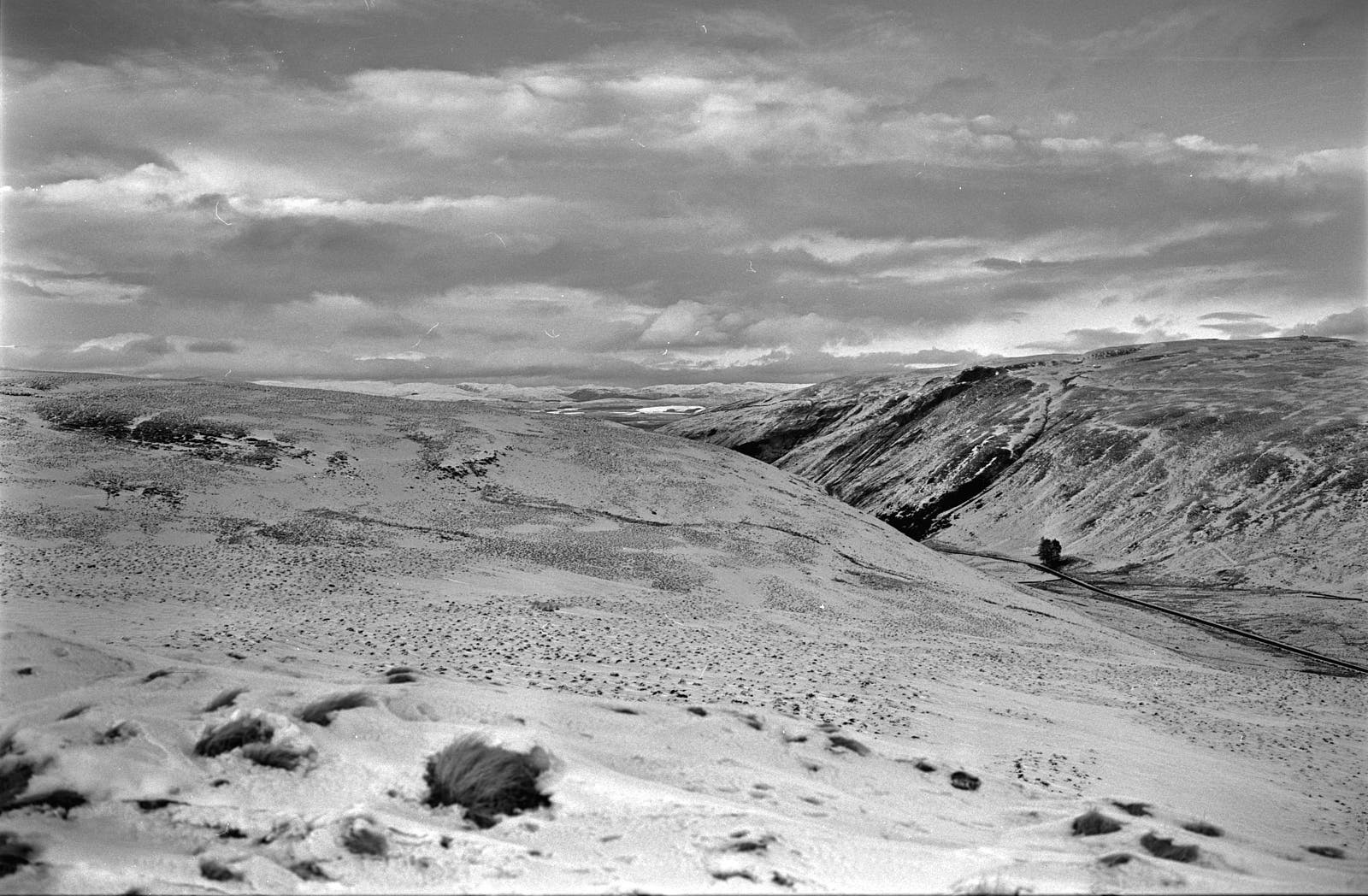 Some of the frames in this film displayed the "streaks" I've been experiencing lately in all of my cameras and different film stock (you can see one in the image below). The common factor is the stand- or semi-stand development technique I have been using at home. Best advice from the old forums is that it's a bad idea without a specific reason to use it, and that it is problematic: streaks are common, especially in 35mm film which has sprocket holes. It is suggested that Rodinal at 1:100 is fully exhausted after about 20 minutes, so longer than that is pointless, and that 5 minutes is the maximum time that should elapse between agitations under development.

Not all of the images were streaky, however, and so the roll wasn't a complete loss. More lessons learned.