Slowly getting my head around analogue photography... a roll of 800 in my old Nikon FM. 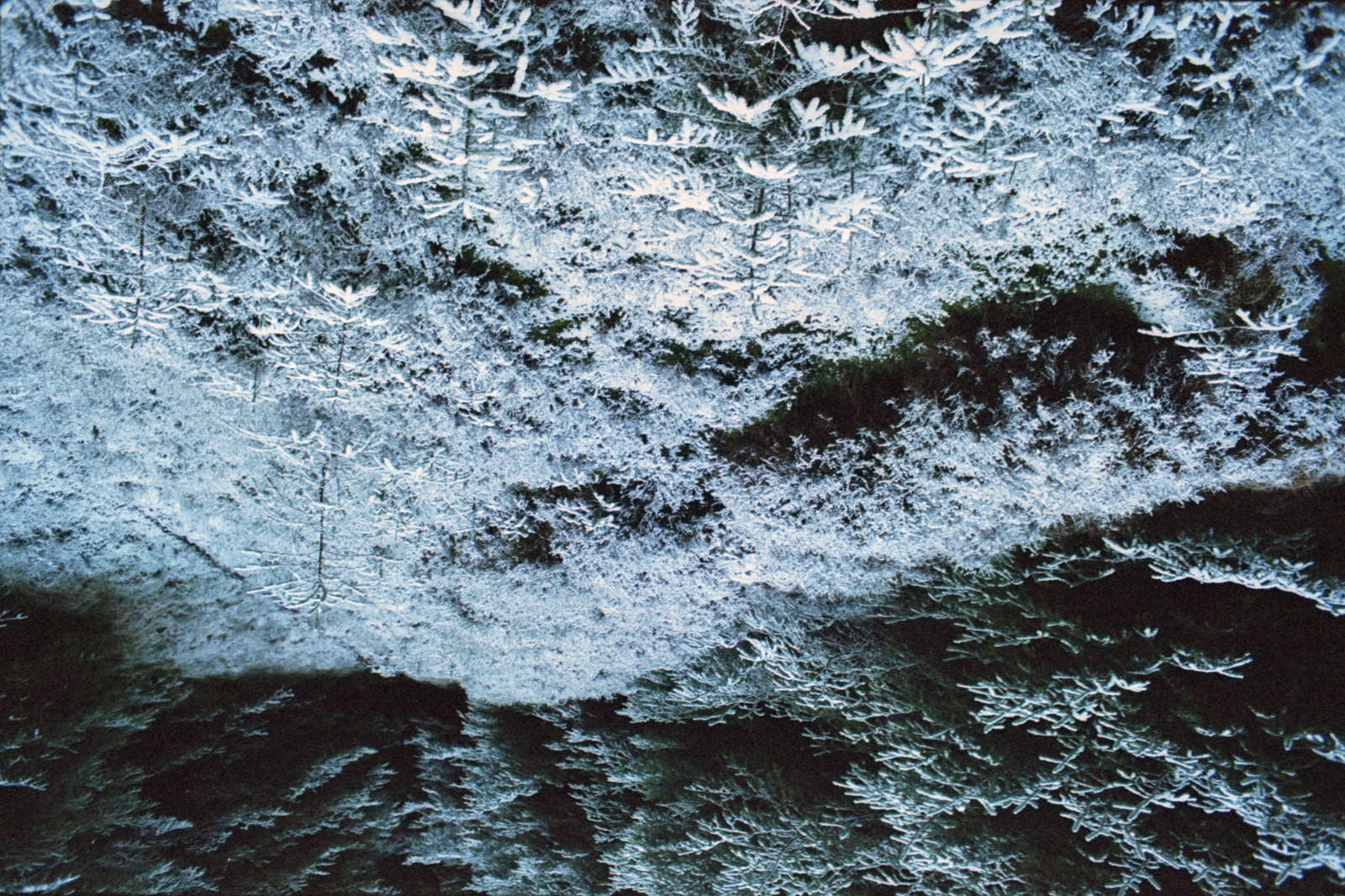 Trees at Glendevon in the snow

I recently wrote about a trip to Kilminning up the Fife coast and the images I made with a Fuji GW690ii. Well, I also had with me a Nikon FM 35mm camera with some Kodak Portra 800 in it. This is a colour negative film, which cost £12.50 per roll from Analog Wonderland, and was eventually processed by AG Photolab once I'd finished it. I'm not processing my own colour film just yet. 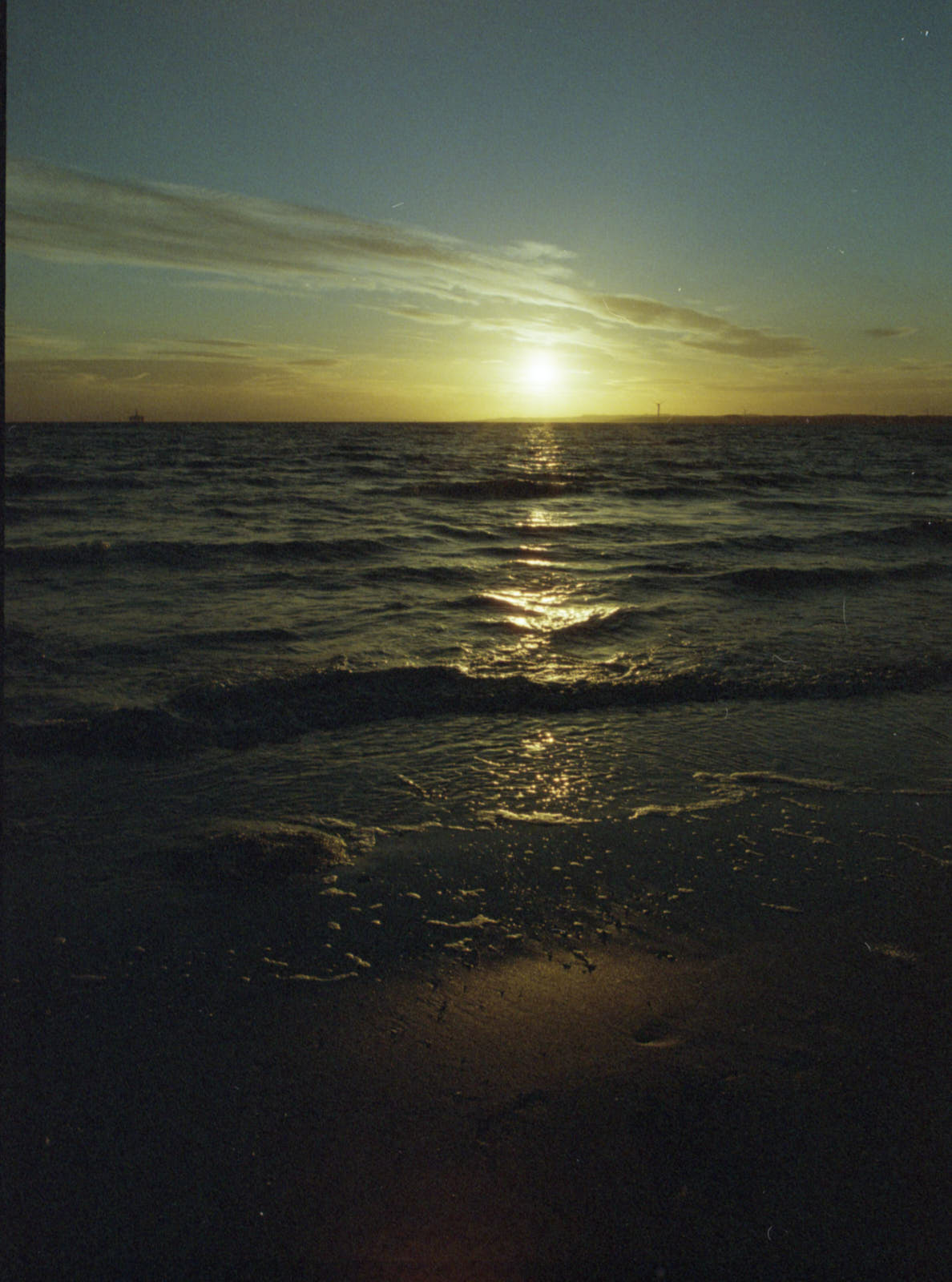 Sunset at Lower Largo. Obviously right down at f/22 and 1/1000s of a second, but still produced a flare at the top of the image (which I cropped out). Who points a camera at the sun?

What I am finding is that I am preferring medium format for no other reason than it takes forever to finish a roll of 36 frames. If it's a colour film, it can be literally months between closing the shutter and seeing the result, by which time my photography has moved on, or at least, I've forgotten what I was thinking at the time. It's as if I become detached from the image: quite the reverse of my intention in returning to film. Perhaps I ought to up my game a bit: perhaps I'm over diverse. On most of our recent outings, I've had at least three cameras with me. I don't think this is helping me much. 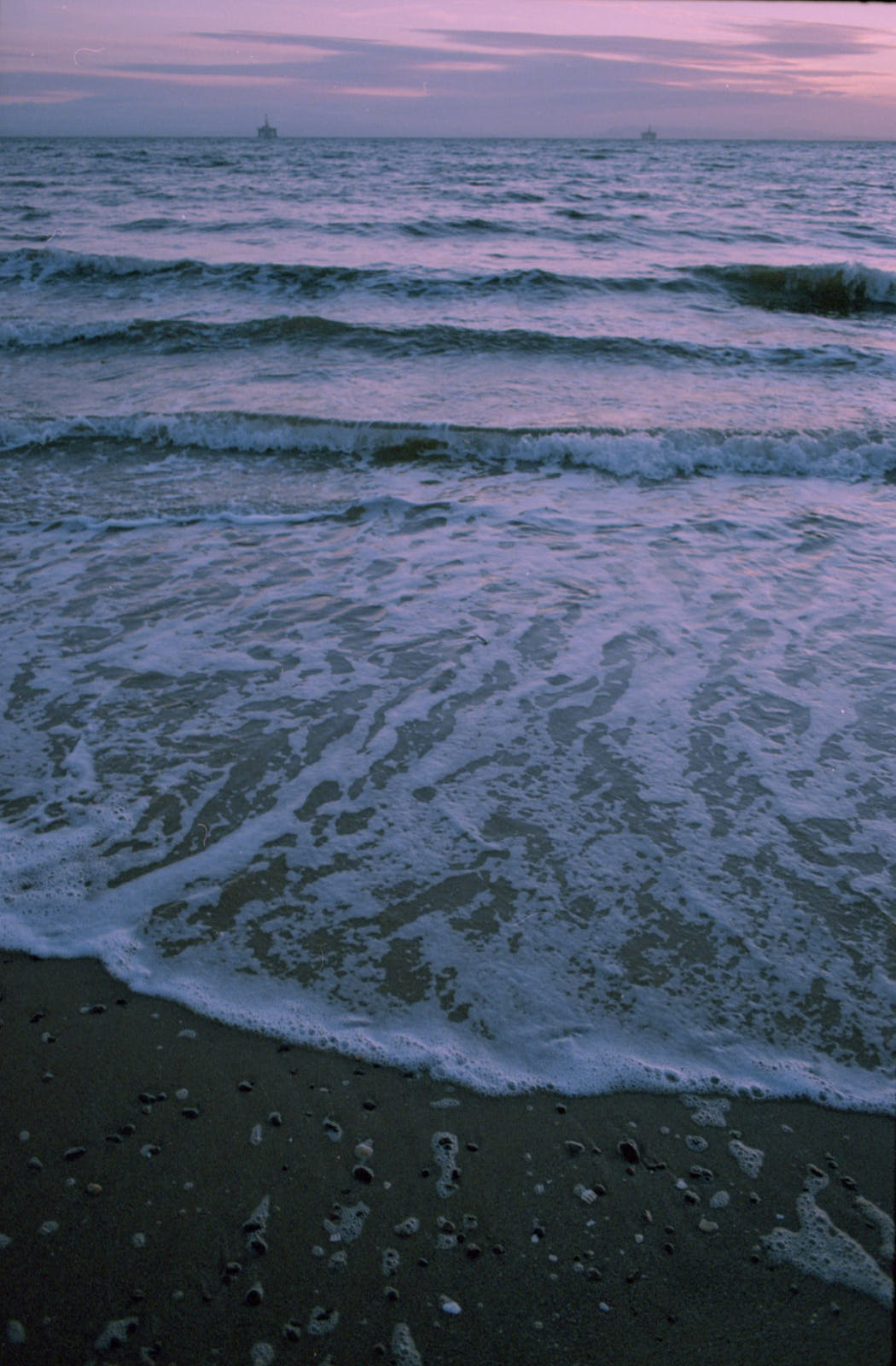 Accurate metering still evades me, but I feel I am getting a clearer understanding of this: I've started Ansel Adams' The Negative in which he describes his Zone System for proper evaluation of a frame. With some understanding of this, maybe I'll be less reliant on the "magic" of my phone's app, or the little red LEDs in my Nikon, which rarely agree on what the correct exposure settings are. 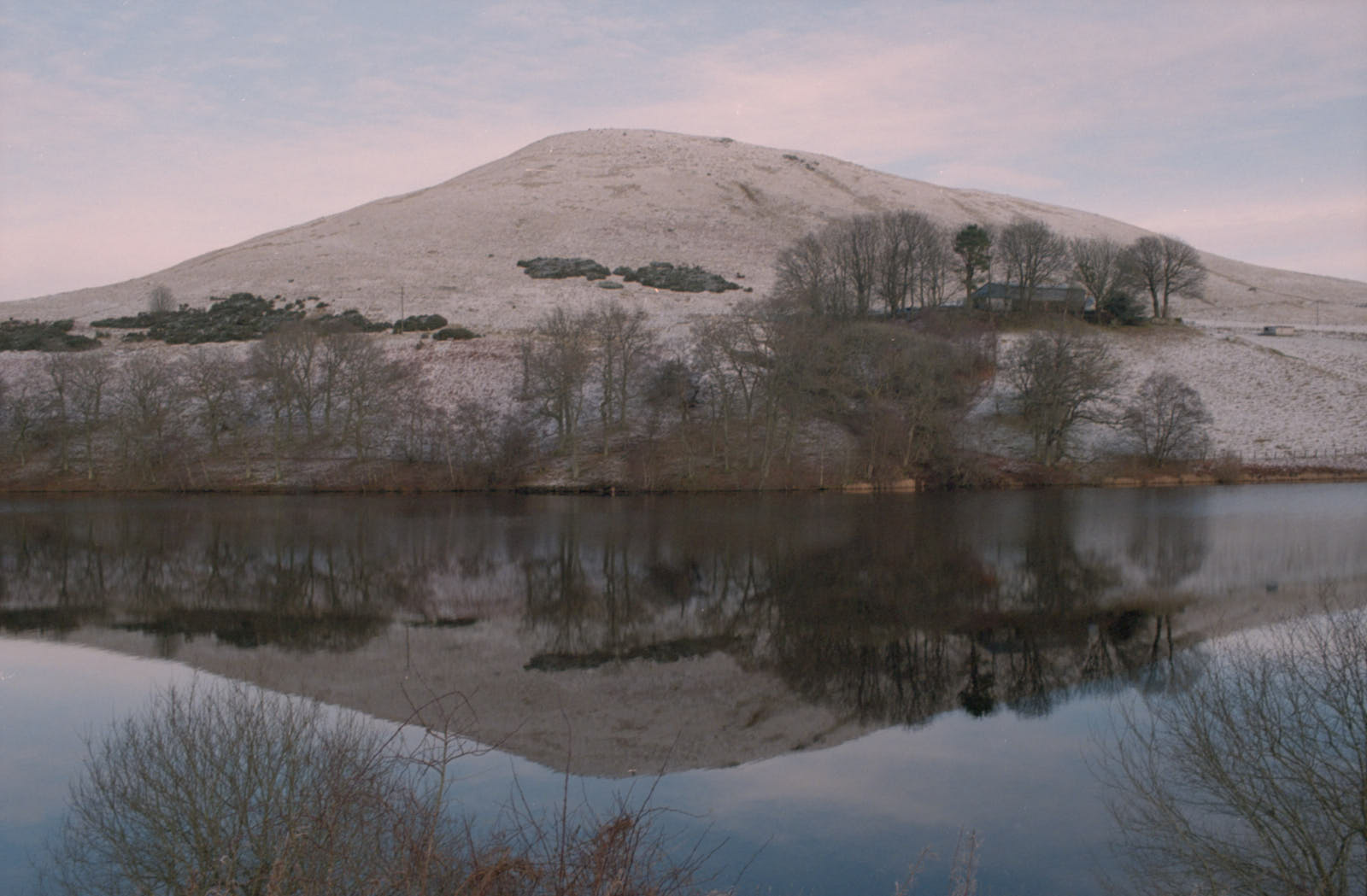 The Portra emulsions have a characteristic colour palette that I like. It's almost pastel: I think it's probably more suited to brighter light than I have exposed it in this roll, which are mostly wintery scenes, most recently taken on a walk out at Glenquey reservoir. The top image, of trees at Glendevon in the snow, gains very little from the colours of Portra, for example. 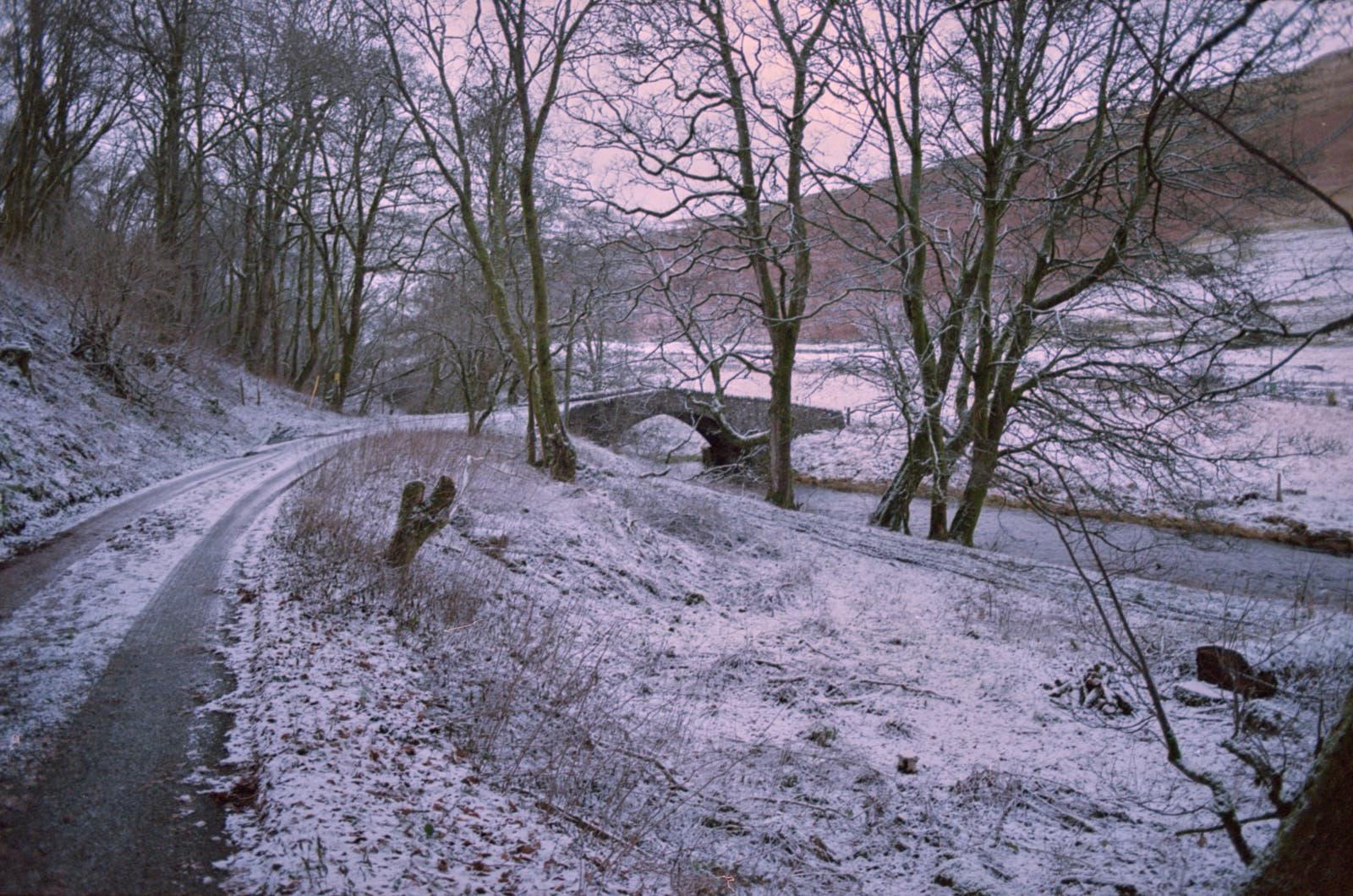 Bridge at Glendevon. White balance adjusted from the scanner's default in Capture One. A bit more Portra-like, in my view.

Another aspect of this workflow that is bothering me is what the scanner assumes in the process. The colours and contrast often seem unimpressive. I can't tell if it's me or the device: I'm assuming it's me at the moment, because I want to not overdo the post-processing. Here's one that I adjusted white balance, a little clarity, and added just a touch of sharpening to. I quite like it. 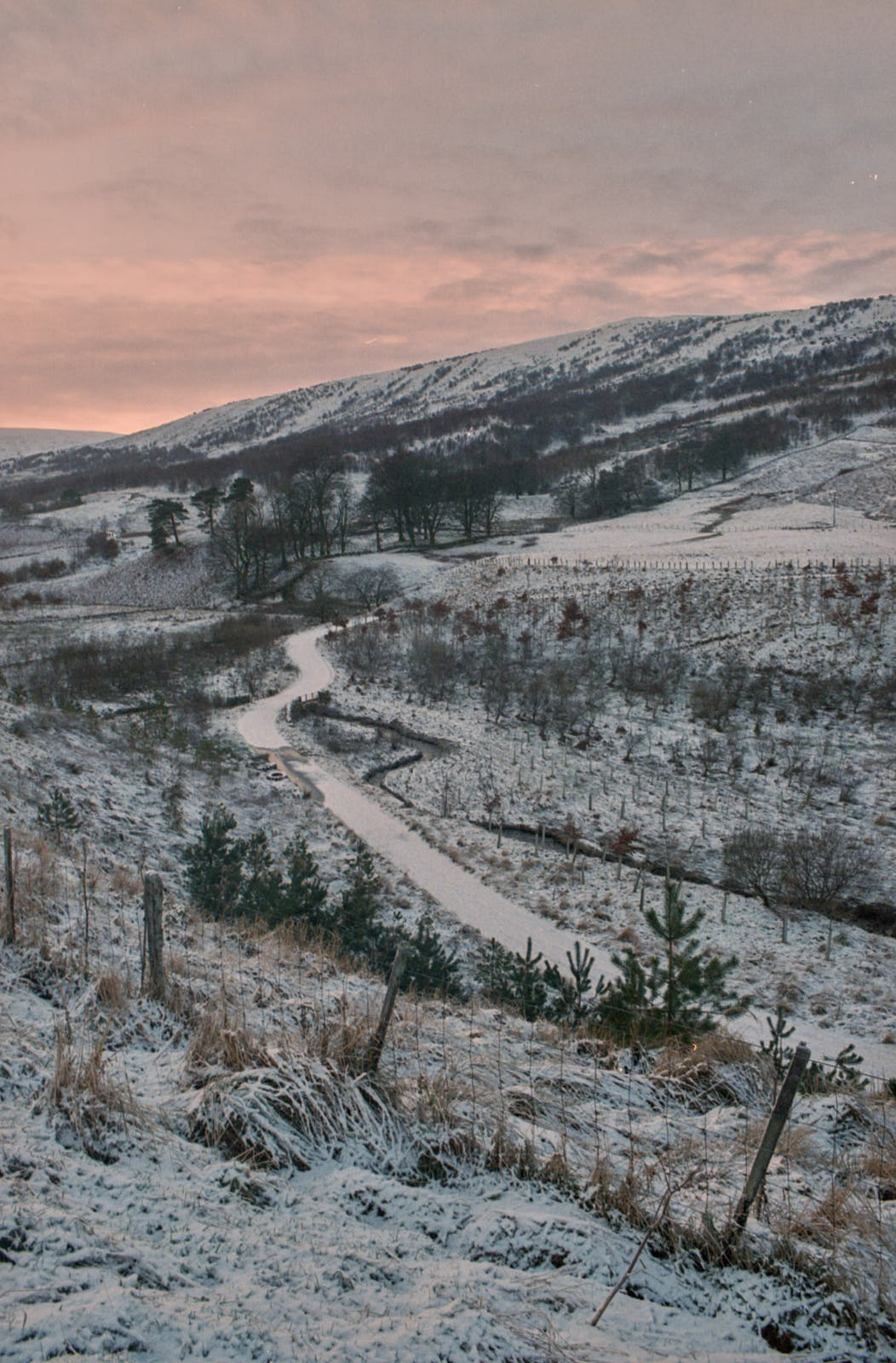 The whole point of analogue photography is that you fiddle as little as possible in the digital space. That sounds like something that should be on a T-shirt.