Sisters These were the film cameras I was using at the start of 2020.

I've returned to making film photographs after a long break, and a few years shooting digital. There are pages in this secton on digital cameras also.

My first "proper" camera was a Nikon FM SLR, which I bought second hand around 1977 in Hitchin with a 50mm lens. I soon after bought a Tamron 80-210mm zoom lens that I used from the 1980s until around 2002 when I boxed it all up and hid it for a few years. I have no idea what happened to the 50mm lens but the body was checked out by Lehmanns in 2019 who condemned the shutter mechanism as BER1.

I then bought another Nikon FM from SE Cameras in April 2019 for £90, along with a Nikon AI-s 50mm f/1.8 lens from the same seller for £80. That lens is one of the cheaper E series lenses and I’m not totally happy with the quality of it, so I have bought a Nikon AI-s 28mm f/2.8 lens on eBay for £169. I’m also tempted by the 85mm f/1.4 but these are considerably pricier on eBay at the moment. Both lenses have a standard 52 mm filter ring.

My wife and I were out taking photos on a frosty morning at the end of 2019 when we met a chap in the woods with a boxy-looking camera with a waist level viewfinder. This turned out to be a Hasselblad 500 of some kind and I asked him quite a lot of questions about medium format film photography. He had bought his camera at Ffordes in Inverness and I bought a dose of GAS3 from him. After a fair bit of reading and research, I decided I wanted to give medium format a try. I bought a Fuji GW690ii2 from ODA-Japan at the end of 2019 for under $500 US, not including P&P, the Amex foreign currency fees, VAT, import duty and local PO handling fees, which brought the actual cost to over £500 Sterling. The camera has a fixed 90mm lens with a 67 mm filter thread. 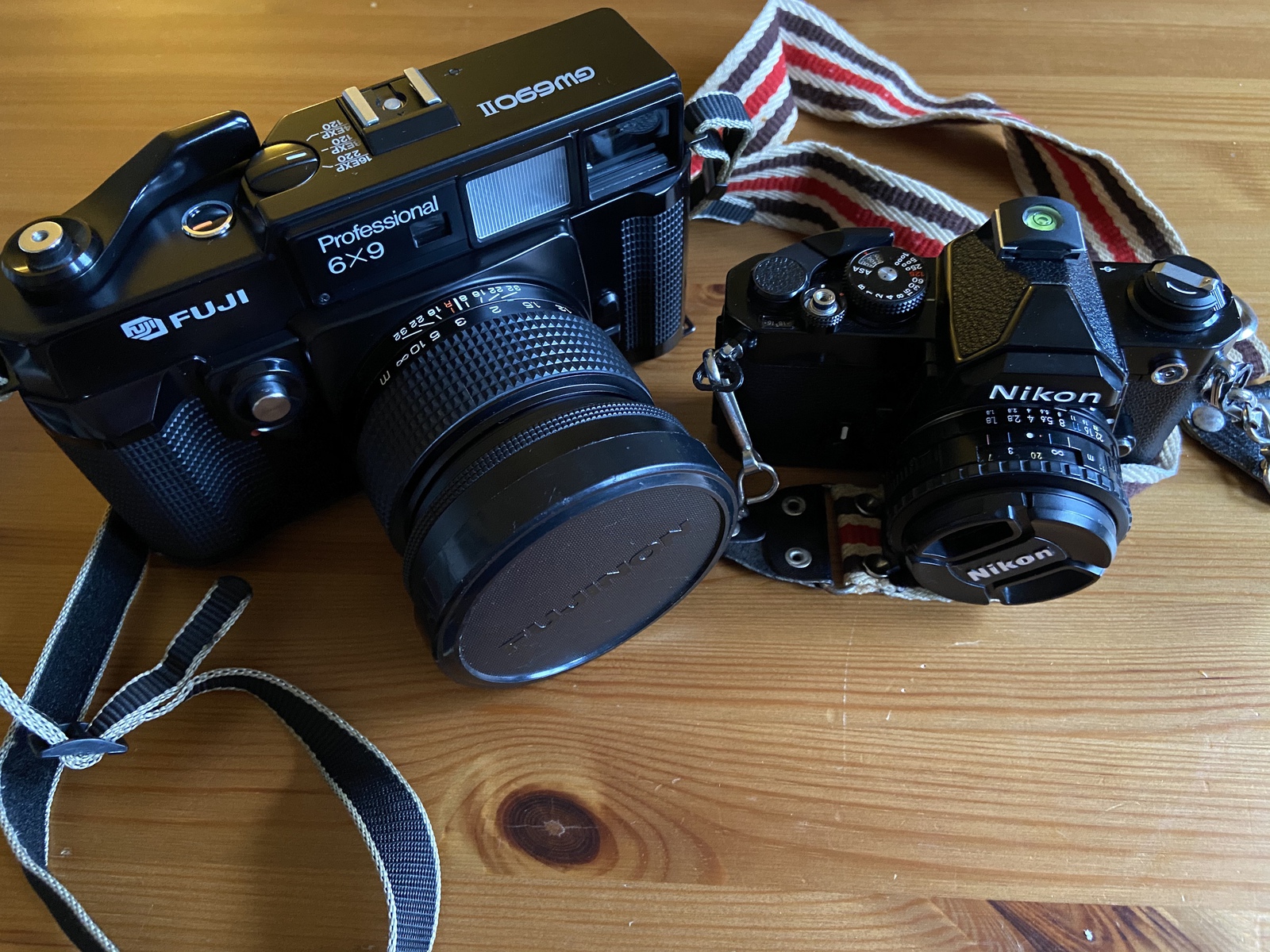 Because the Fuji doesn’t have a meter, I bought a Gossen Sixtino meter on eBay for £20. There’s also an app for my iPhone that’s very nice but it makes me feel dirty when I use it.