Continuing on from the last post on our trip to the Ardnamurchan peninsula last October, I’ve finally had the Hasselblad film processed and scanned. I feel I have to show you some comparatives, starting with the header image above (compare it with that in the previous post). 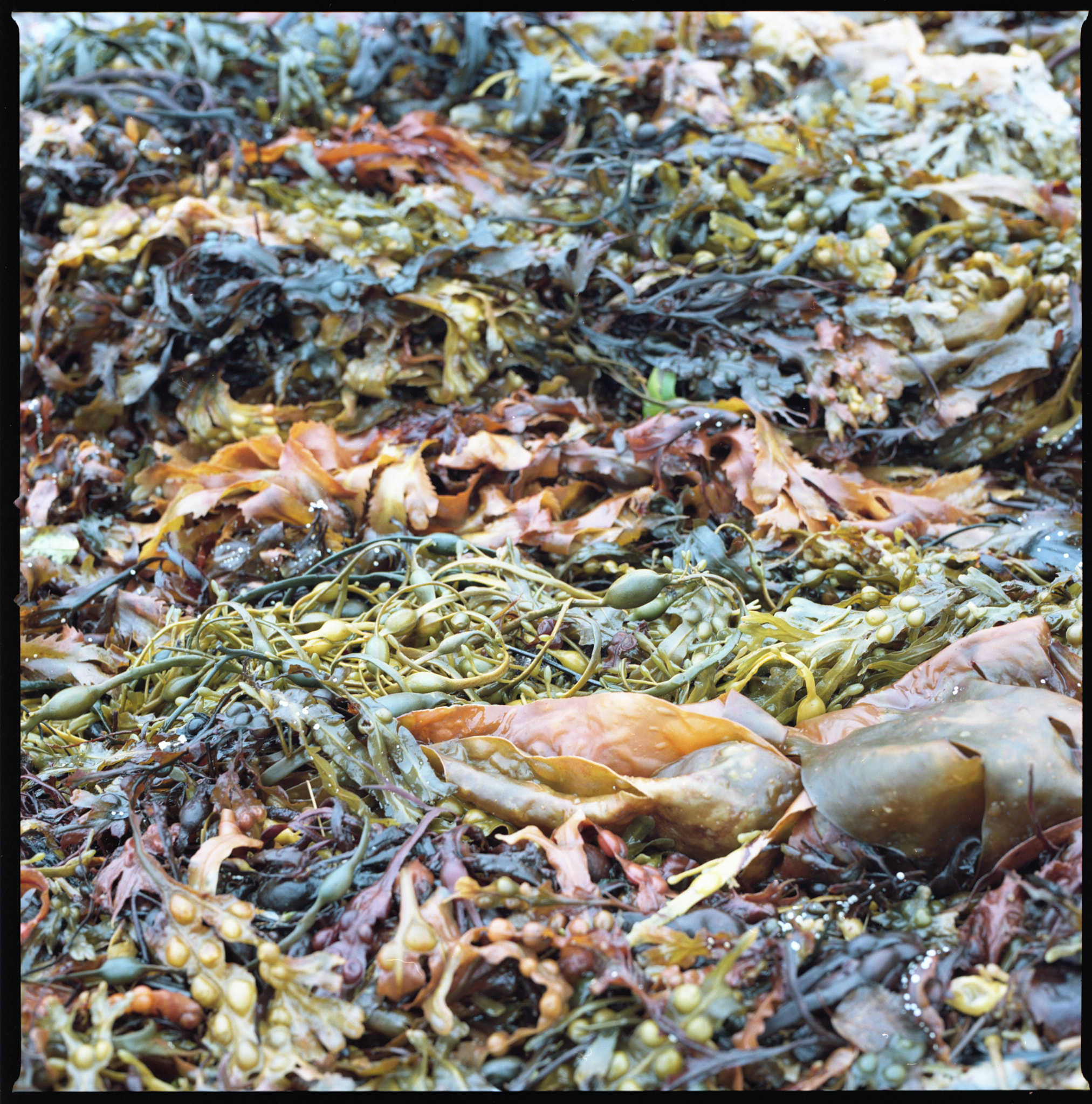 This image is quite different from the russet reds of the digital capture I made at the same time: here, no adjustments were made after scanning other than a slight crop adjustment. I think it’s just as strong in rendering the emotion of the moment. You can almost smell it. This is my favourite image from the roll and one I might print. 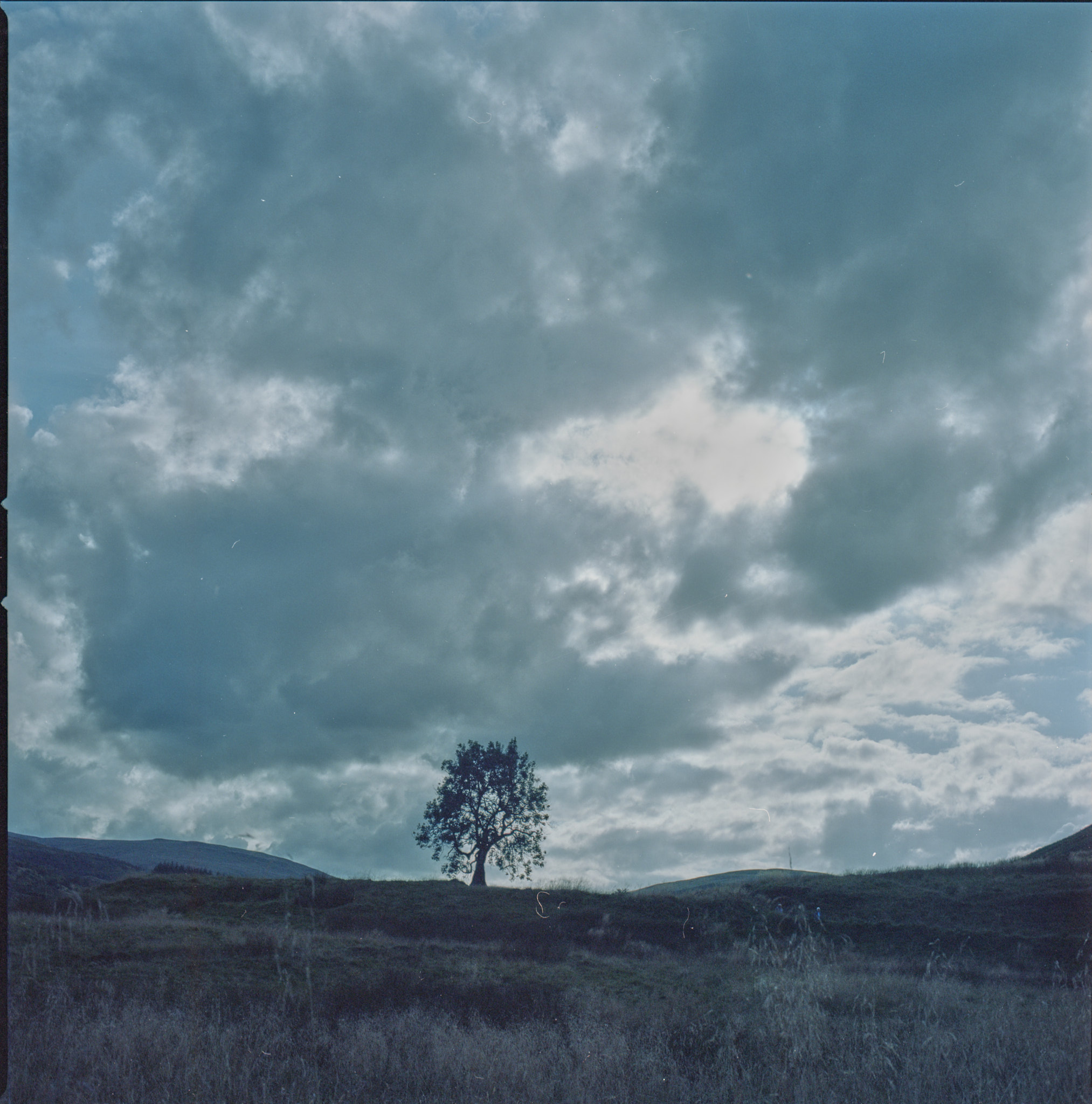 This is a famous tree to those who walk near Glendevon, as we did shortly after we got home. We know it as the Frandy Tree, named for the nearby fishery. It stands alone at the foot of Common Hill and strikes one of those poses that looks different at different times and seasons but also from different directions.

You can see some of the digital images captured on the trip are in the previous post, but I also carried my Agfa and will be posting images from that when I can.