The final post of this mini series is on Kodak’s latter-day wonder that is Portra, at 135 in my Nikon FM. Again, the wide-angle 28mm f/1.4 Nikon lens was used in all of these images.

I scanned most of these at 3200 or 4800 dpi in 48-bit colour with the scanner’s colour handling switch off. The first few frames were taken at the Hermitage, near Dunkeld, during a weekend run up to one of our favourite places in May. We needed reflection time and the COVID restrictions were just so that we could do the right thing as we did The Right Thing for us. 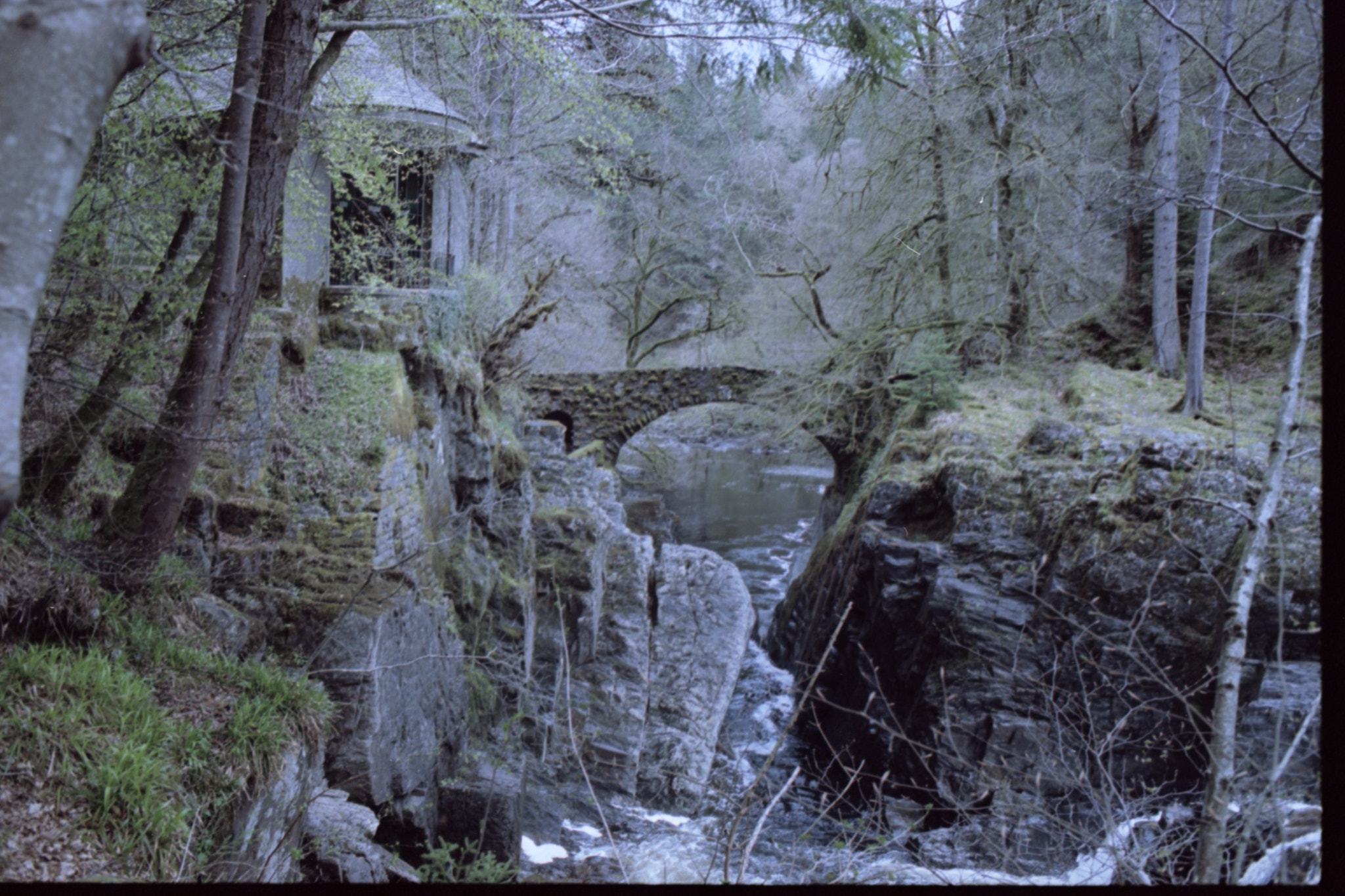 The Dunkeld weekend was not in the brightest of sunshine and that tends to wash out the colours in Portra, I think. This is a dark and moody kind of place when it’s overcast, so the image above does portray that. No marks for composition – there’s a better portrait version but that favours the bridge over the hall and I wanted to show that in this post. 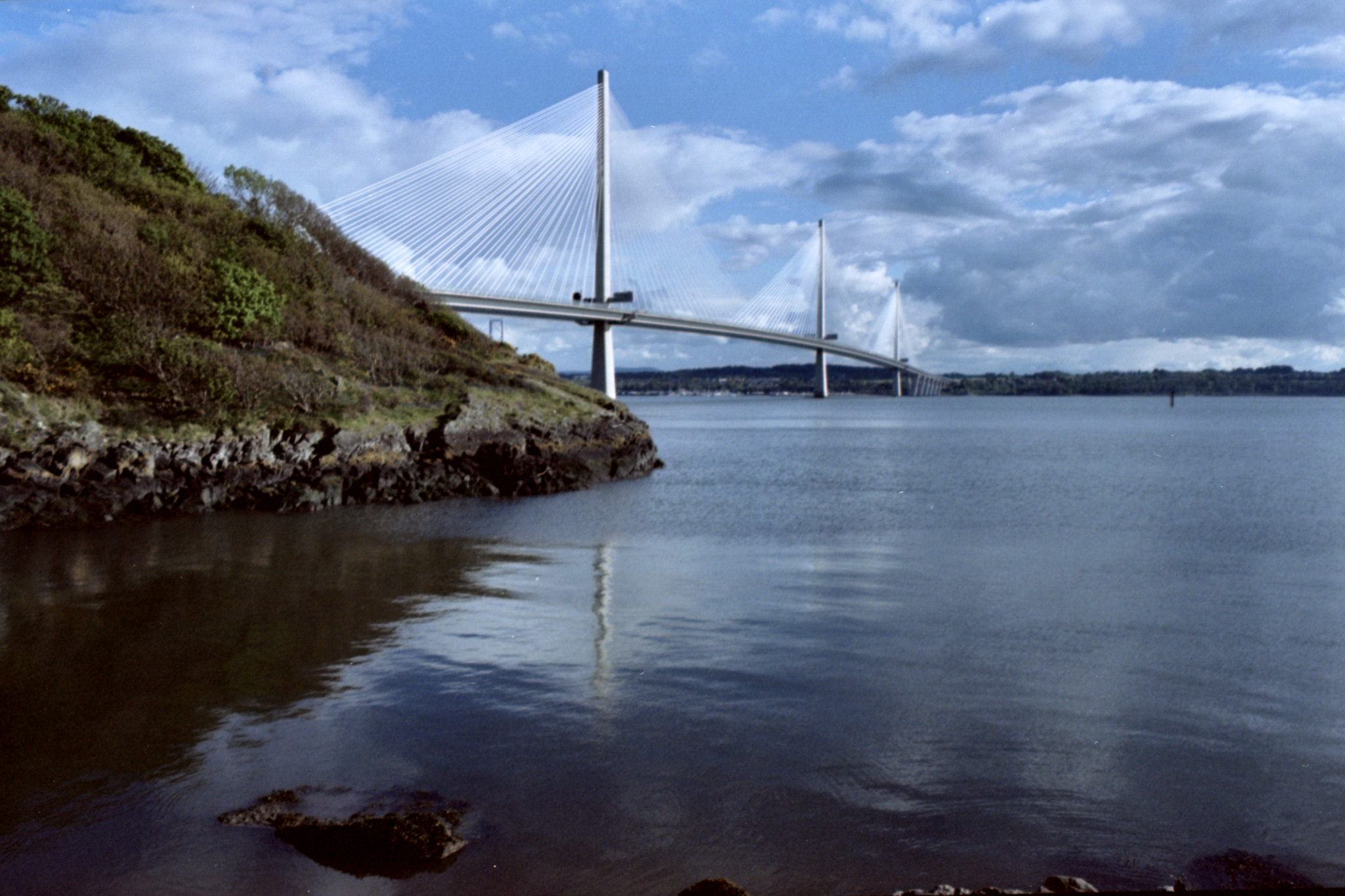 There was better light when we walked on the Forth Shore at St. Margaret’s Marsh, between the bridges and the dockyard. Some while later, we were at Loch Lubnaig where the colours of the greenery dominate the images taken with this film. 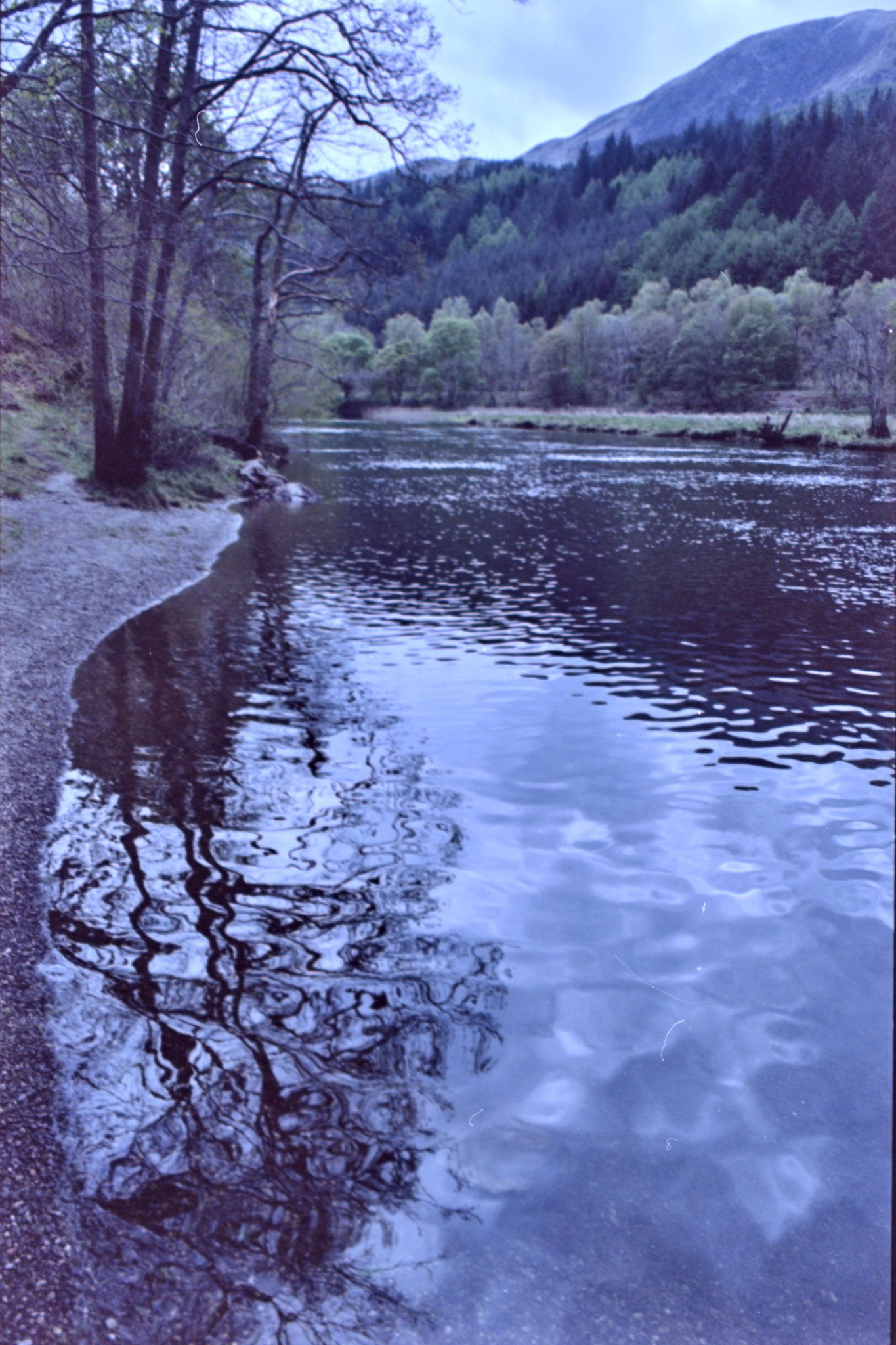 I’m not such a fan of 160 in anything other than really good daylight. Composition plays a part, too, and these images aren’t my best: the last few frames of the roll were taken at Burntisland. 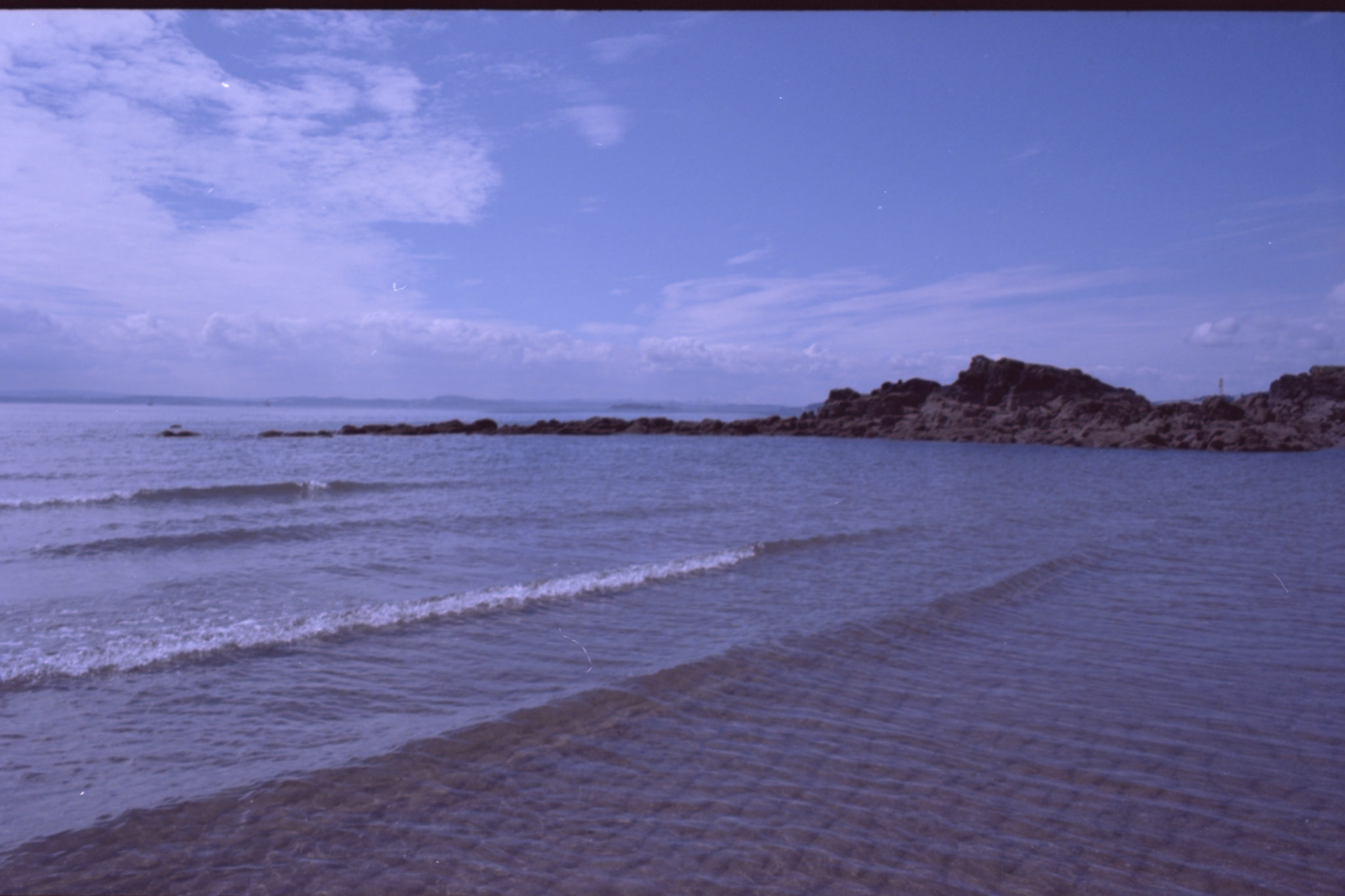