This is the third post in a mini-series of five, considering the results from different films in different cameras. This one is another medium format adventure with my Hasselblad 503CW and a roll of Lomography Metropolis.

This film stock was introduced in 2019 as a new film emulsion with extended range, meaning that the sensitivity is stated on the box as ISO 100 – 400 and you take your pick. I exposed this roll at the higher speed to see how it worked there. As with all of the films in this mini-series, I got AG Photographic to develop them for me.

I first scanned this roll using 48-bit colour and 6400 dpi settings which produced square image files post-processing of about 180 megapixels. The colours are muted and cool. It took some time to find the correct white balance adjustment in Capture One but I think the header image of St Monans church in Fife is a fair rendition of the film’s character. I like that the contrast is strong. You will not see the Hasselblad notches in that image because, as with many of my hand-held photographs, the horizon was a bit squint, as they say around here, so I had to adjust it and crop. 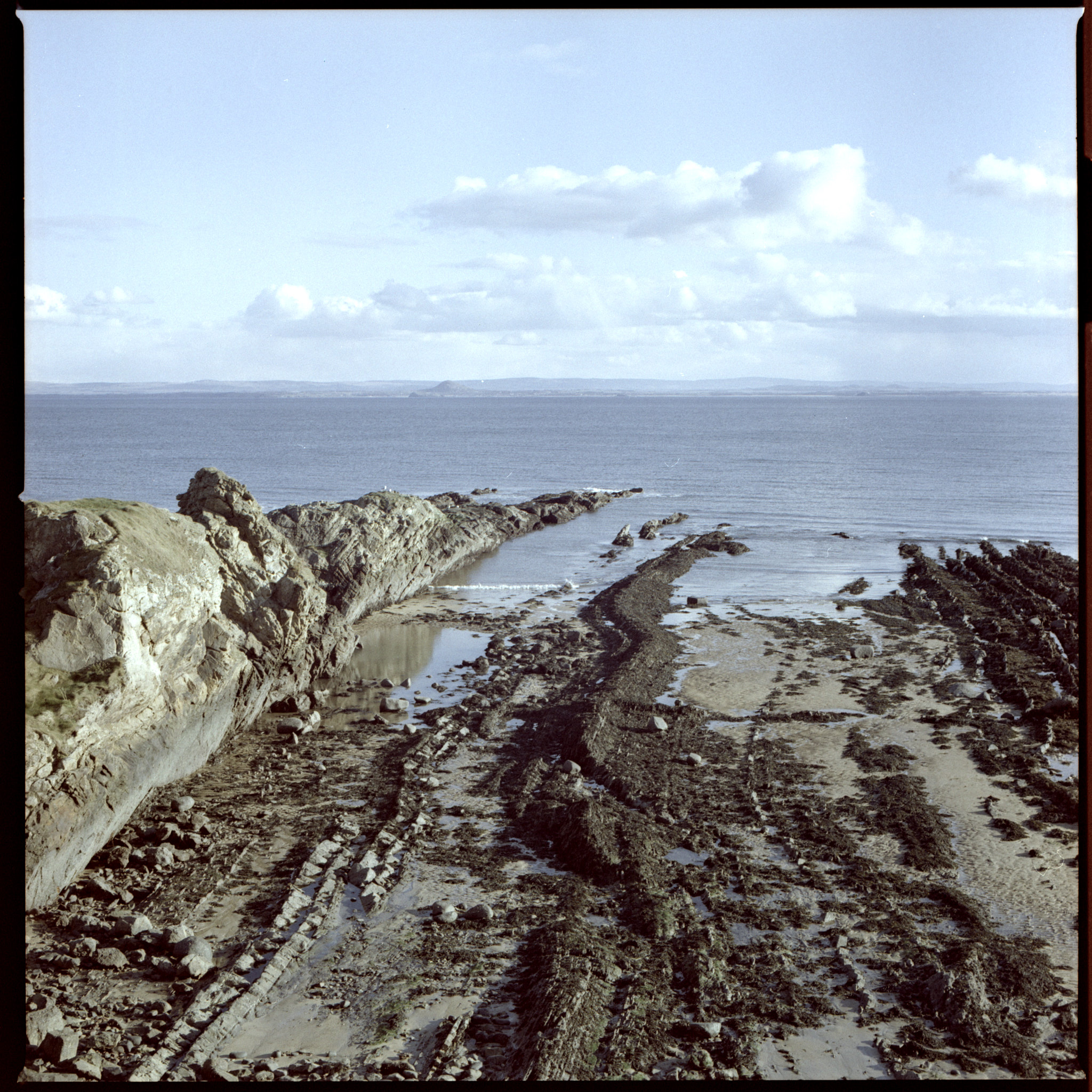 This was the last useful frame off the roll, as some time later, during a visit to the Hermitage at Dunkeld, I reached for the Hasselblad and forgot there was film in it. Sheer stupidity caused me to open the film back to load a new film without first checking the clever mechanical indicator on the cartridge. I’m going to say that I will not do that again but then again I also say that my next car will be a Maserati.