Continuing the series of films I had lost track of this year, there were another five exposed films kicking about with only partial notes and recall to record them. Again, using my new Digitaliza film holders and a new MacBook Air, the scans were interesting.

I am becoming a big fan of Kodak’s modern slide film: no big surprise, really, because years ago I favoured Kodachrome and Agfa’s transparency film in my Nikon FM. Here, a few frames in the huge Fuji GW690ii 6 x 9 camera taken around Kilconquhar and St Monans around 9th April. Scanned at 3200 dpi, the digital images are about 80 mega pixels in size, although sharpness doesn’t satisfy the pixel-neurotic: it’s colours that make these images worth making. 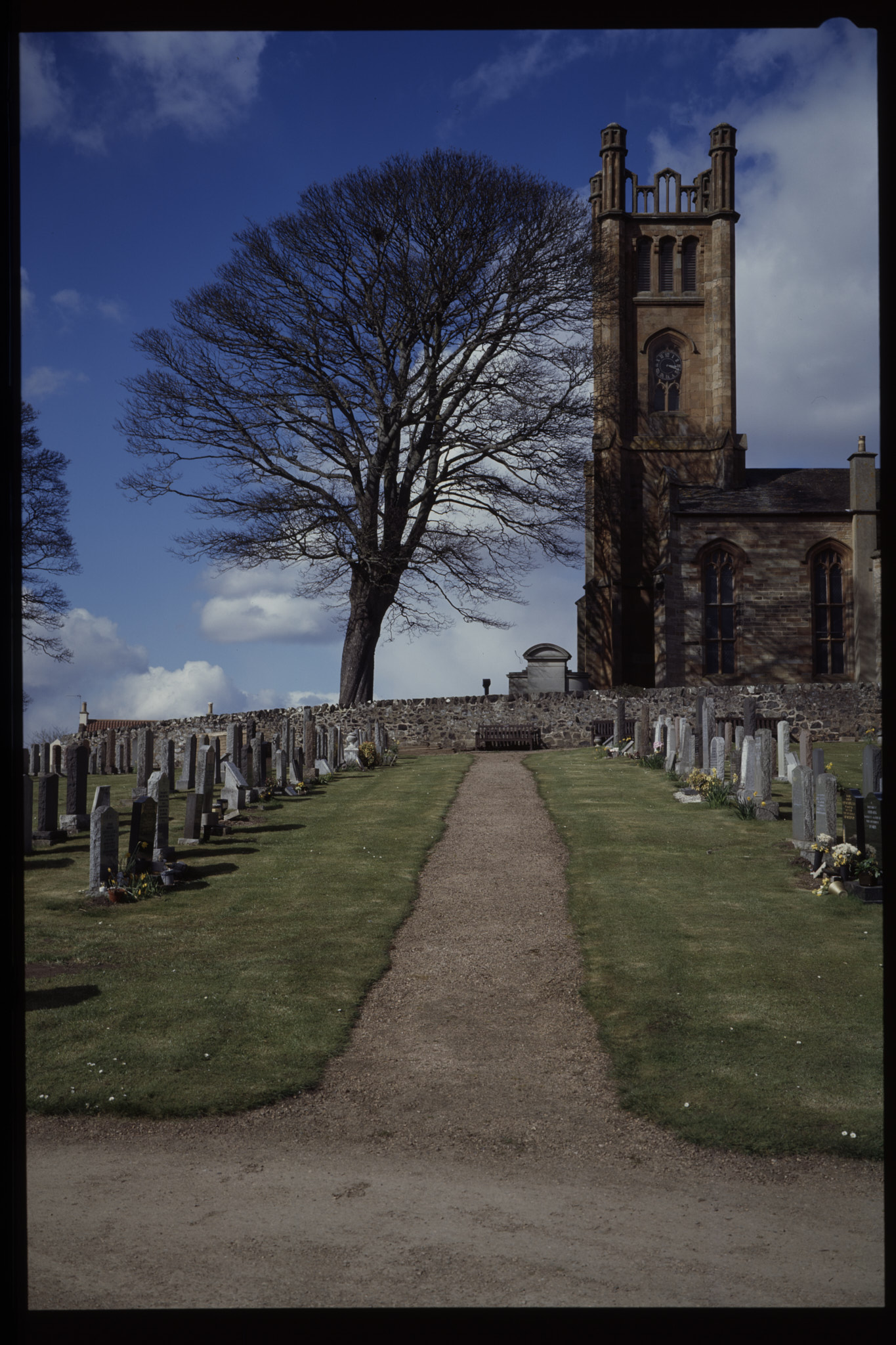 The composition here isn’t perfect: it was tempting to crop out the part-of-a-treee on the left of this picture but there is something in me that wants to crop and adjust as little as possible. I can see what I was thinking with the line of the path central to the composition and am pleased that I kept these parallel to the lines of the church tower. There’s always a bit of difference between what you see in the rangefinder window and the image on the film so I consider this a successful image. 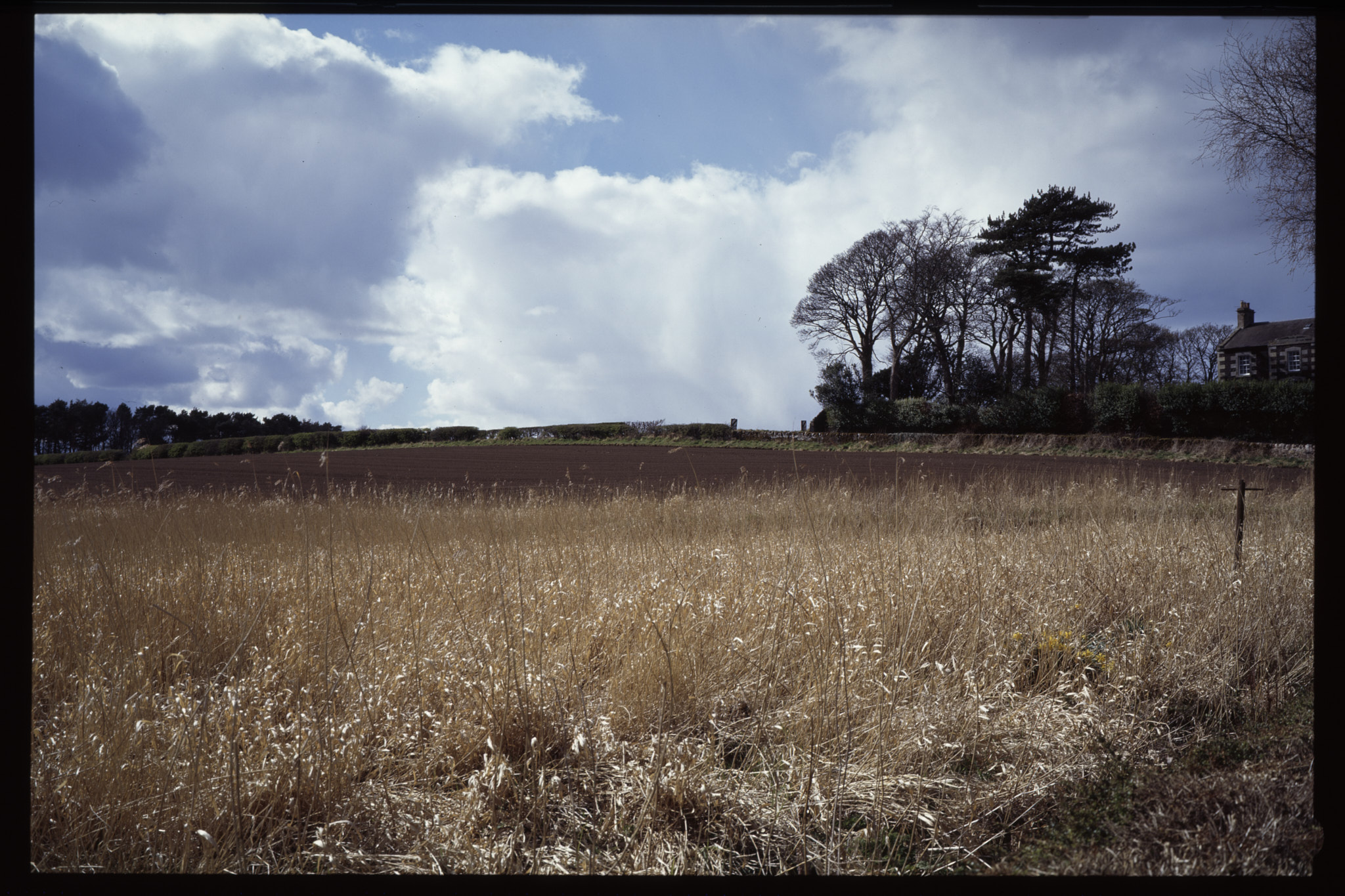 I like the colours in this image taken at the loch, facing in the other direction, a few paces from where I captured the church. The complementary sky and grass tones here work for me. What is most impressive with this film stock is that there is almost no post processing required – the header sunset image taken in February at Pattiesmuir shows this, I think, as well as these snaps from Kilconquhar and St. Monans. Sunlight and good skies are a real bonus too. 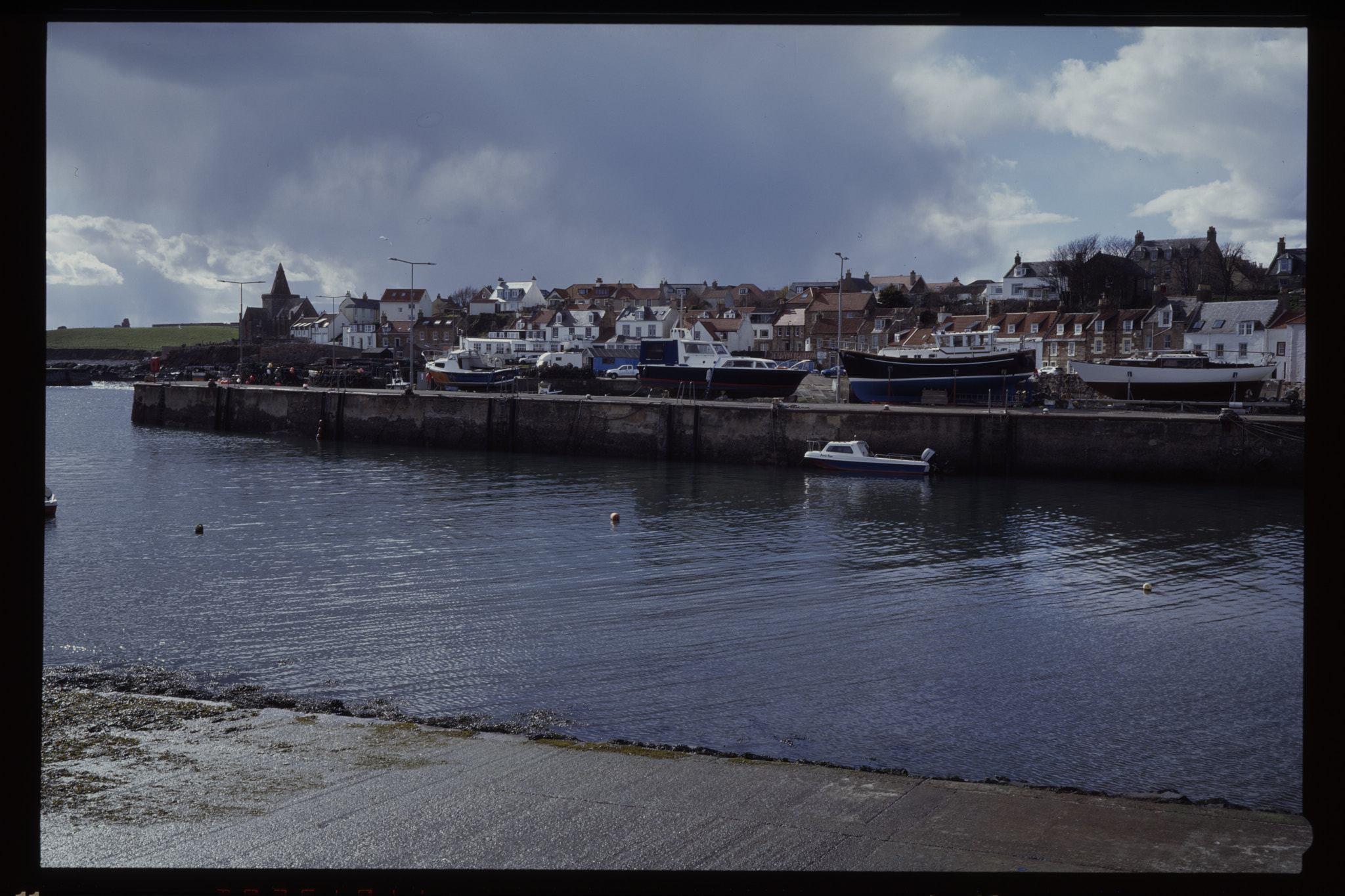 Taken from the walk down to the famous wonky sea wall at St. Monans, this again might have been cropped on the left if it had been a digital capture. I love the two-weather sky here.