I lost my mum in March this year, just as COVID was descending on the world. As long as I remember, she had always been keen, sometimes too keen, to capture a moment in a photograph. I inherited a rich and wonderful collection of albums and shoe-boxes full of family memories, and of quite a lot of people I don’t recognise.

Amongst her possessions was a little point-and-shoot automatic 35mm camera, a Premier PC-645D. It still had a film in it. I took the camera with me on a couple of trips, including our anniversary weekend to Dunkeld, where we had been married the year before. In some sense, it was a way of making up for her not being able to travel up to Scotland for our wedding: we had taken her the albums of the wedding to see before she was admitted to hospital on Christmas Eve 2019. For a short while this year, it was as if she was with us.

Her final pictures were typical. This one, evidence of a mystery. A bungee strap had suddenly appeared with a clatter on the roof of her cottage one day, on the day a stowaway’s body was found in a Clapham garden. Mum was convinced that this strap had something to do with it and alerted the authorities, who took no interest. I told her that I thought it entirely feasible that the strap might be connected to the tragedy somehow. 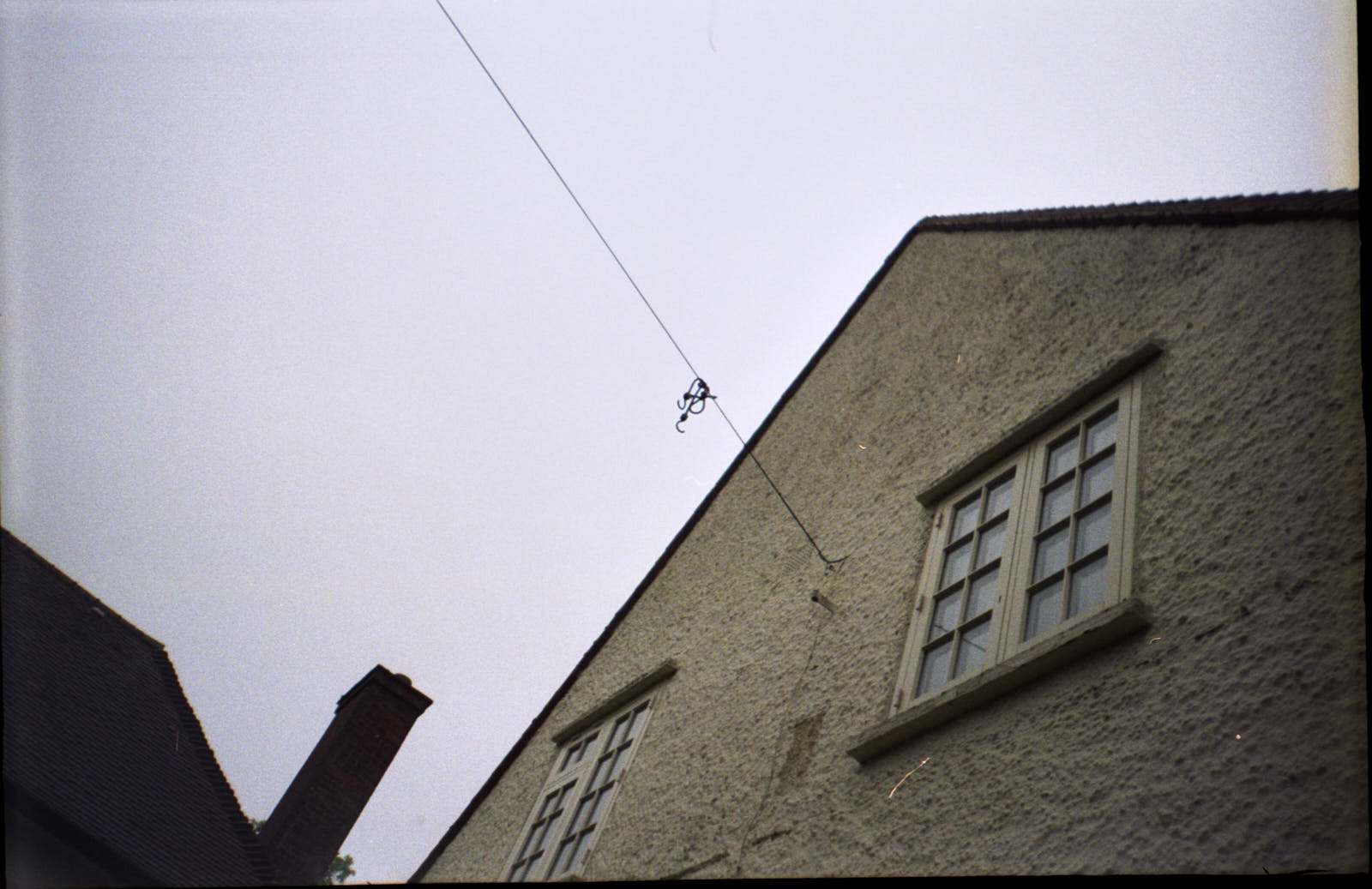 Bungee from the sky

The second is of three visitors to her little house in Letchworth, Michelle, Marilyn and Tracey, cousins on the Brennan side (my grandmother’s). Mum often had visitors; Michelle wrote of this visit:

I lost her phone number and we just went unannounced, but she still made us welcome. I’m so grateful we decided to go anyway as this was to be the last time we saw her. Letchworth captured my heart, and from the first time I went with my mum to re-unite with the cousins Audreys, I absolutely adored your mum, such a beautiful and fascinating lady. I will never forget all her advice, she taught me so much that I didn’t know about our family on the Brennan side, especially the ones that emigrated to Canada. 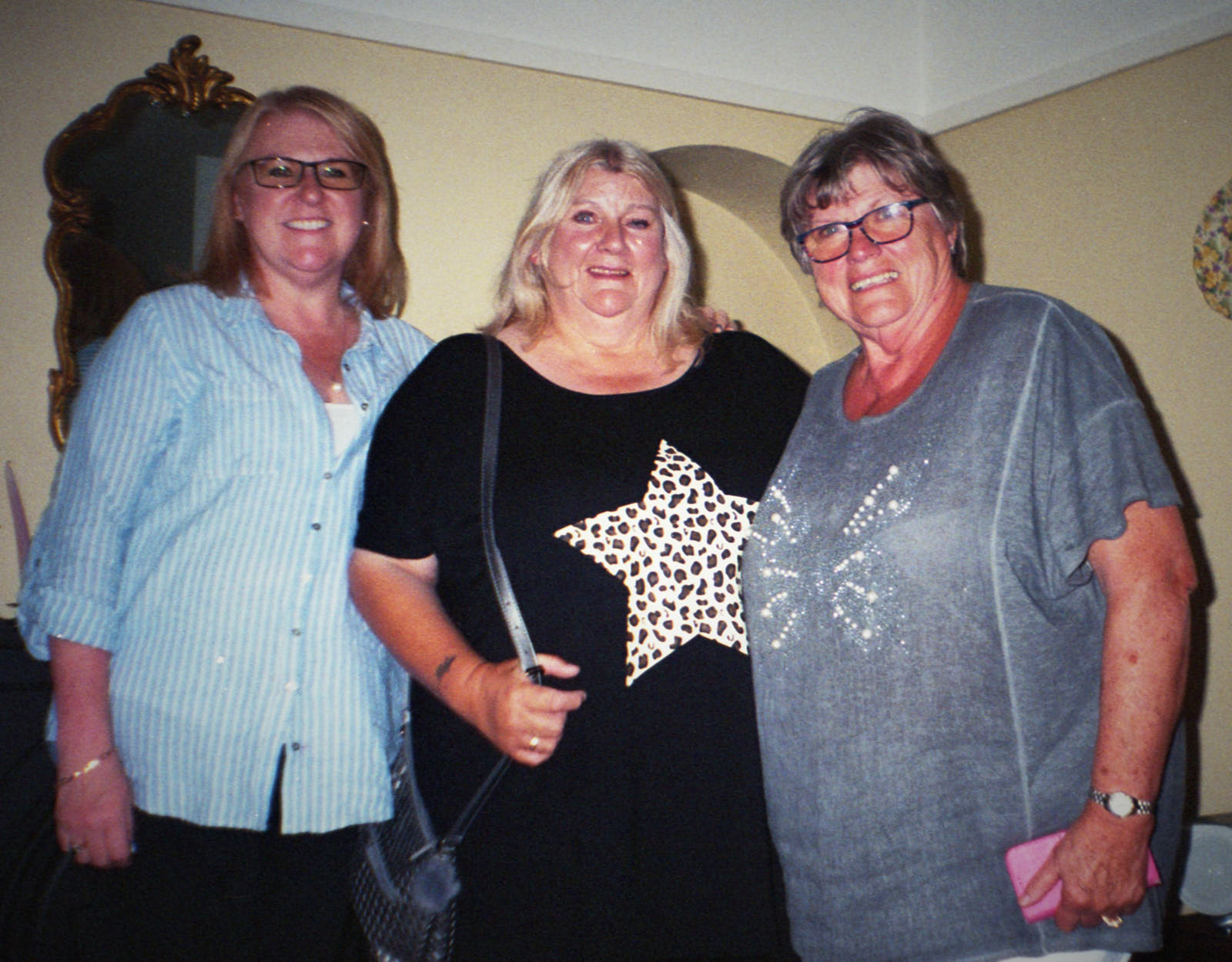 We took a trip along the coast near us, to Crail. Here’s my wife at work, and the kind of place mum would have enjoyed being if she were able to travel. Her health wasn’t the best, it never had been, but she never offered it as an excuse or let it prevent her from living the most fruitful and interesting life. The crashing waves on this rocky coast would have been right up her street. 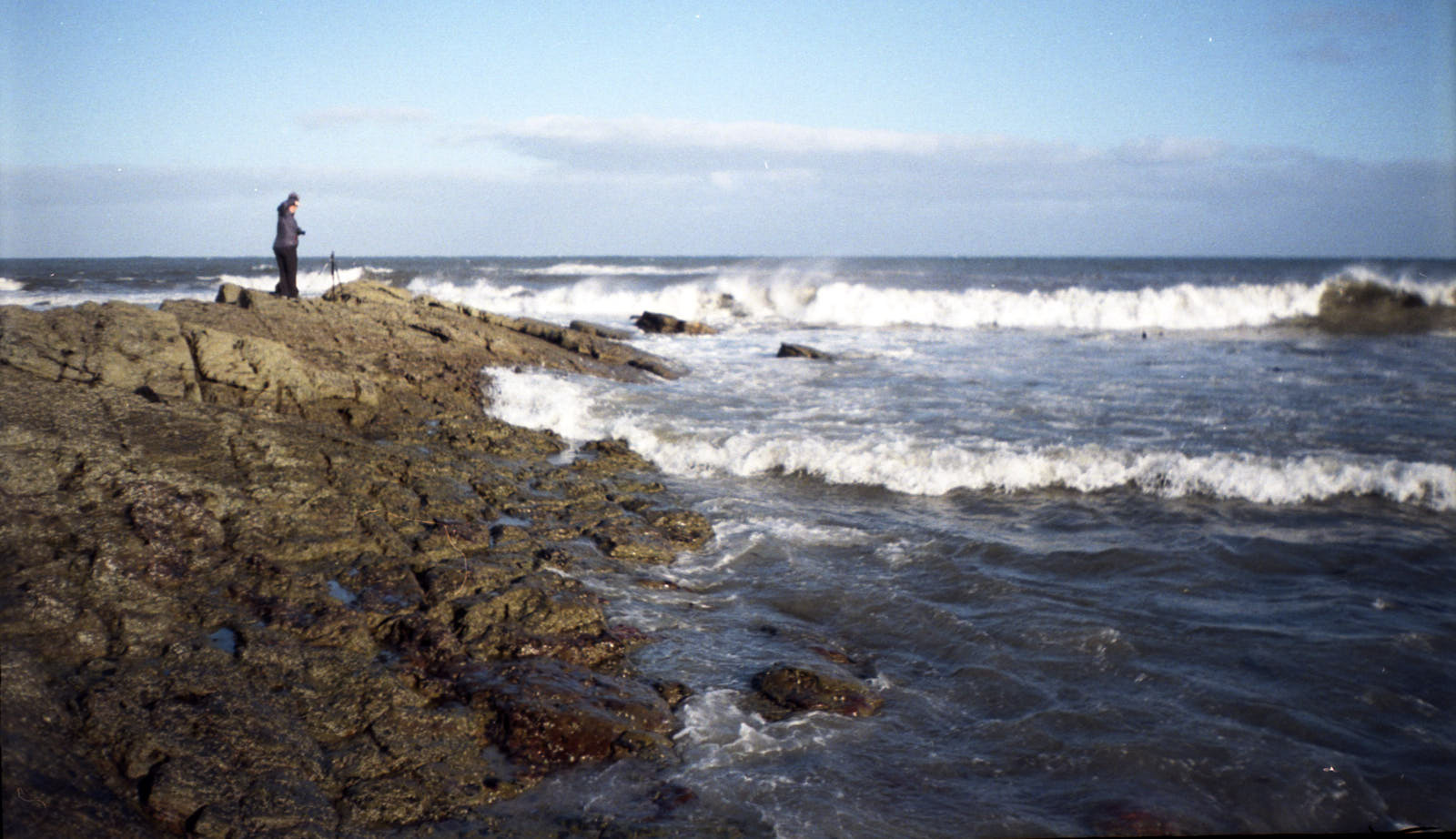 Finally, on the weekend to Dunkeld, I took a selfie for mum of my wife and I in the mirror in our suite, not taking into account the flash on this little point-and-shoot, “focus free” camera. I can’t help thinking that the flare somehow indicates her presence with us on that day as we celebrated our anniversary, and remembered a remarkable woman. 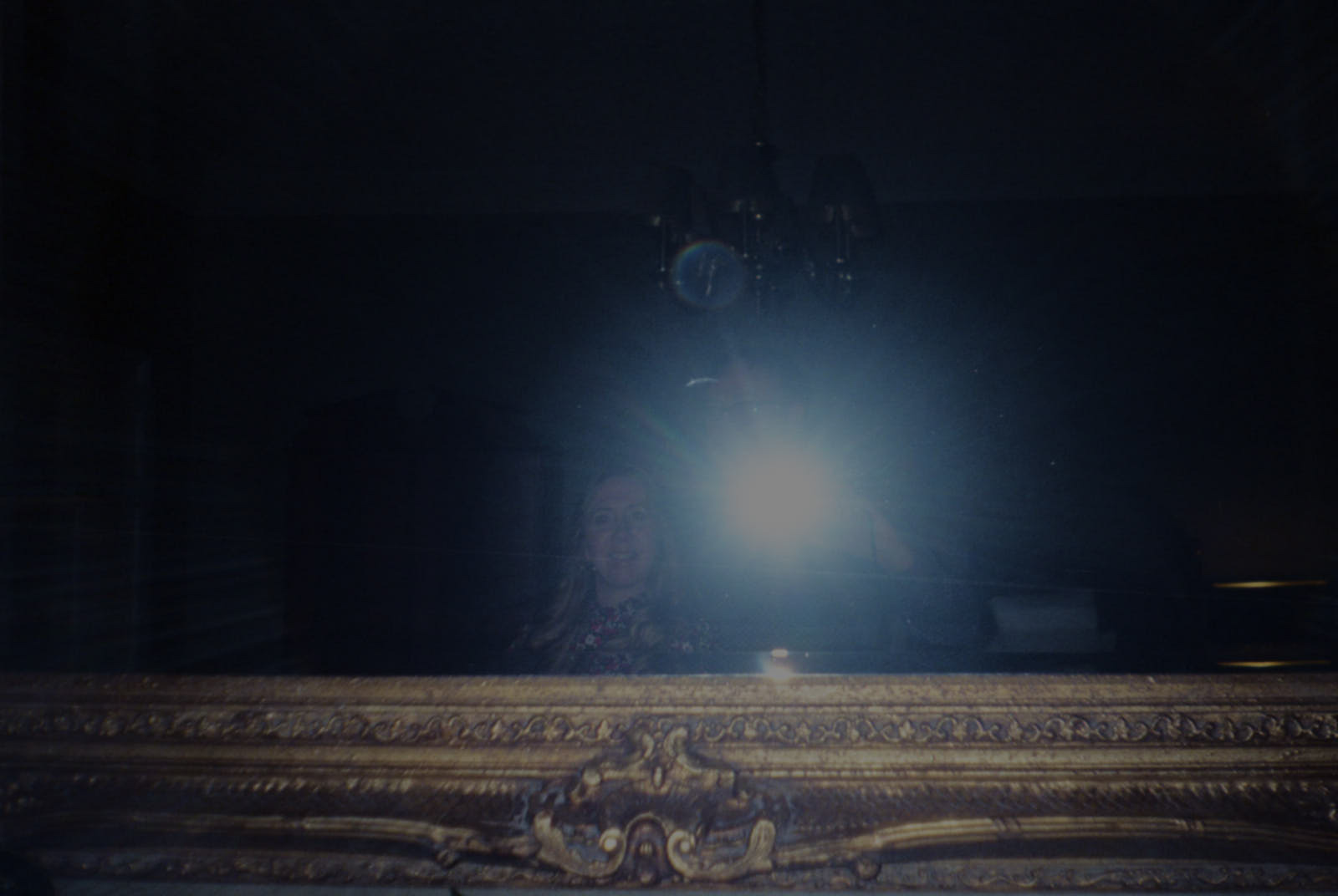