On a weekend break in Perthshire, I tried my hand at infra-red by dropping a roll of Ilford SFX 200 film in my Fuji GW690ii “Texas Leica” rangefinder camera. My wife and I were in Dunkeld celebrating our first anniversary, returning to where we were married. This year, autumn was on time and the Hermitage forest was just magnificent and we had time to enjoy it properly.

I’ve never used infra-red sensitive film before so I did a bit of reading about it before the trip: on the day, I put a Neewer IR720 filter on and took about 6 stops off the exposure estimates. I metered at ISO 200, which is the box speed for this film in visible light. 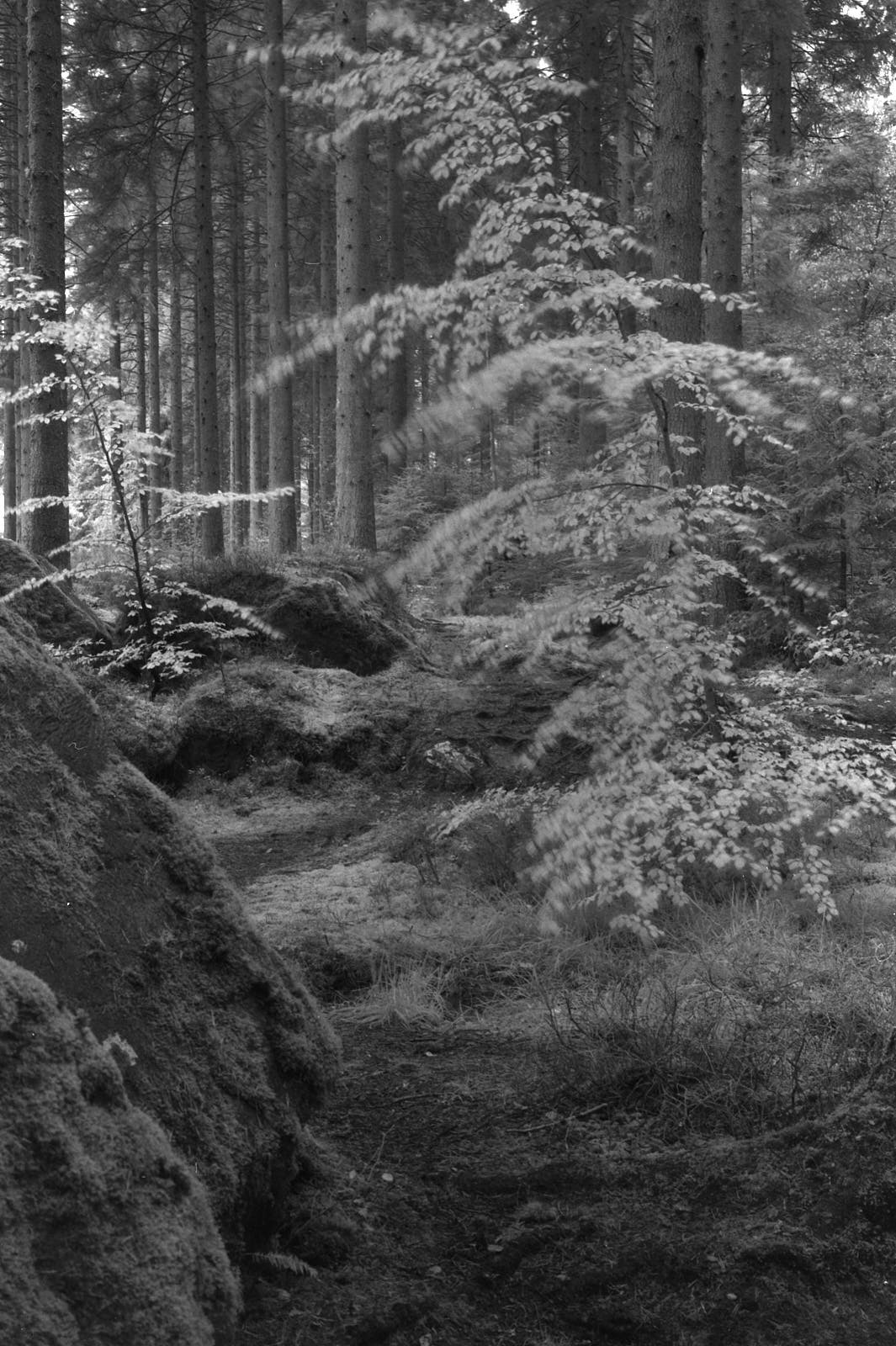 The exposures looked a couple of stops under when I got the film back from AG Labs, but there was plenty of detail available in the negatives to lift out. I had intended to develop the film at home but life’s a bit busy at the moment for such pleasures. I scanned the film on an Epson V600 and made adjustments in Capture One Pro. 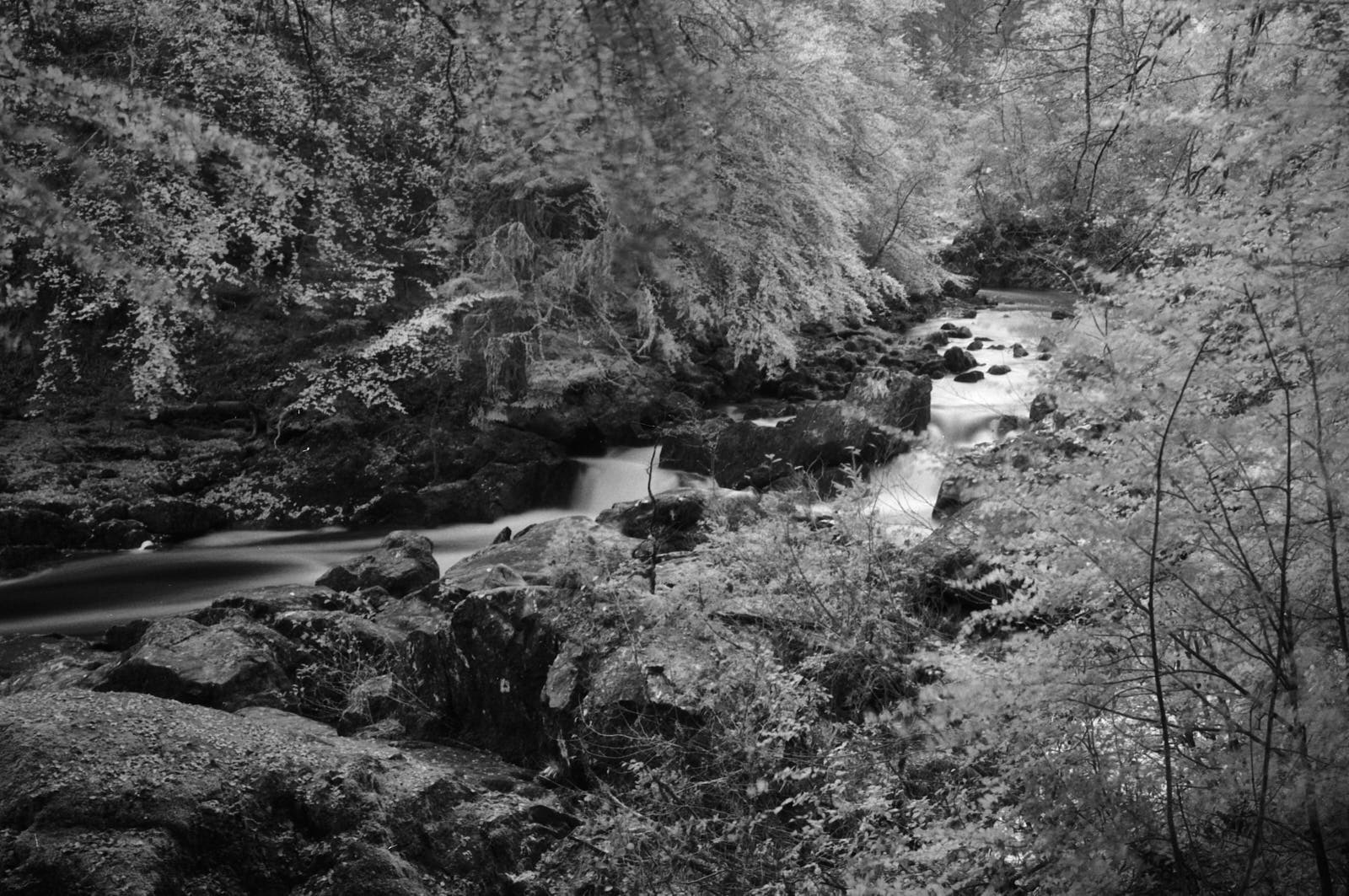 The river Braan above the Tay

I have ditched my neurotic habit of writing down every exposure setting for every frame. Consequently, I’ve enjoyed my photography more, although I am less certain of good results. One benefit of living in the modern age is that we have tools to make adjustments after scanning to yield something not unpleasing. 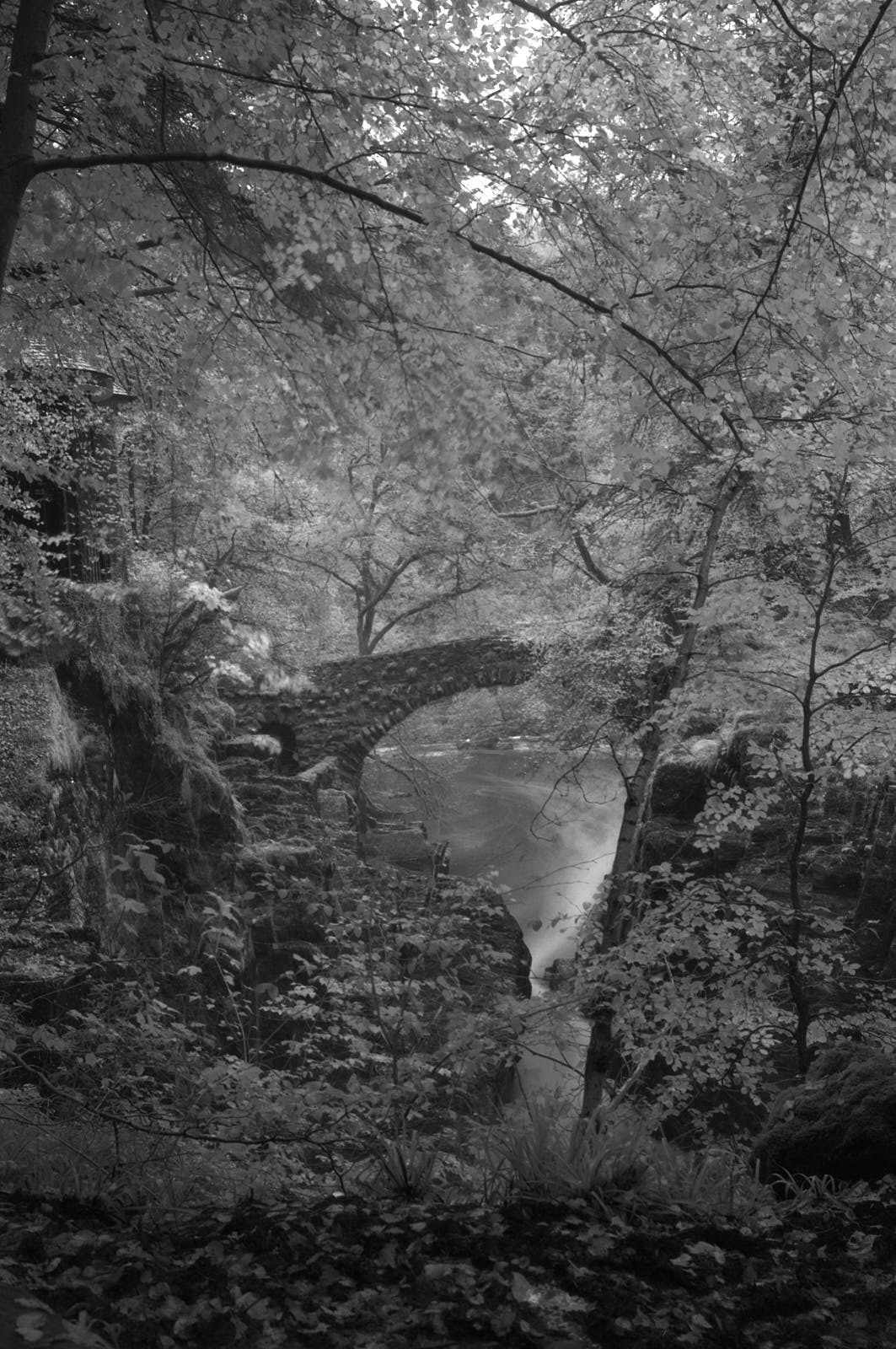 At the Hermitage, looking towards the bridge.

The image at the top of the page is of the waterfall by Ossian’s Hall, which can just bee seen at the right of the frame. I cropped this down but kept the others on this page at the full size. 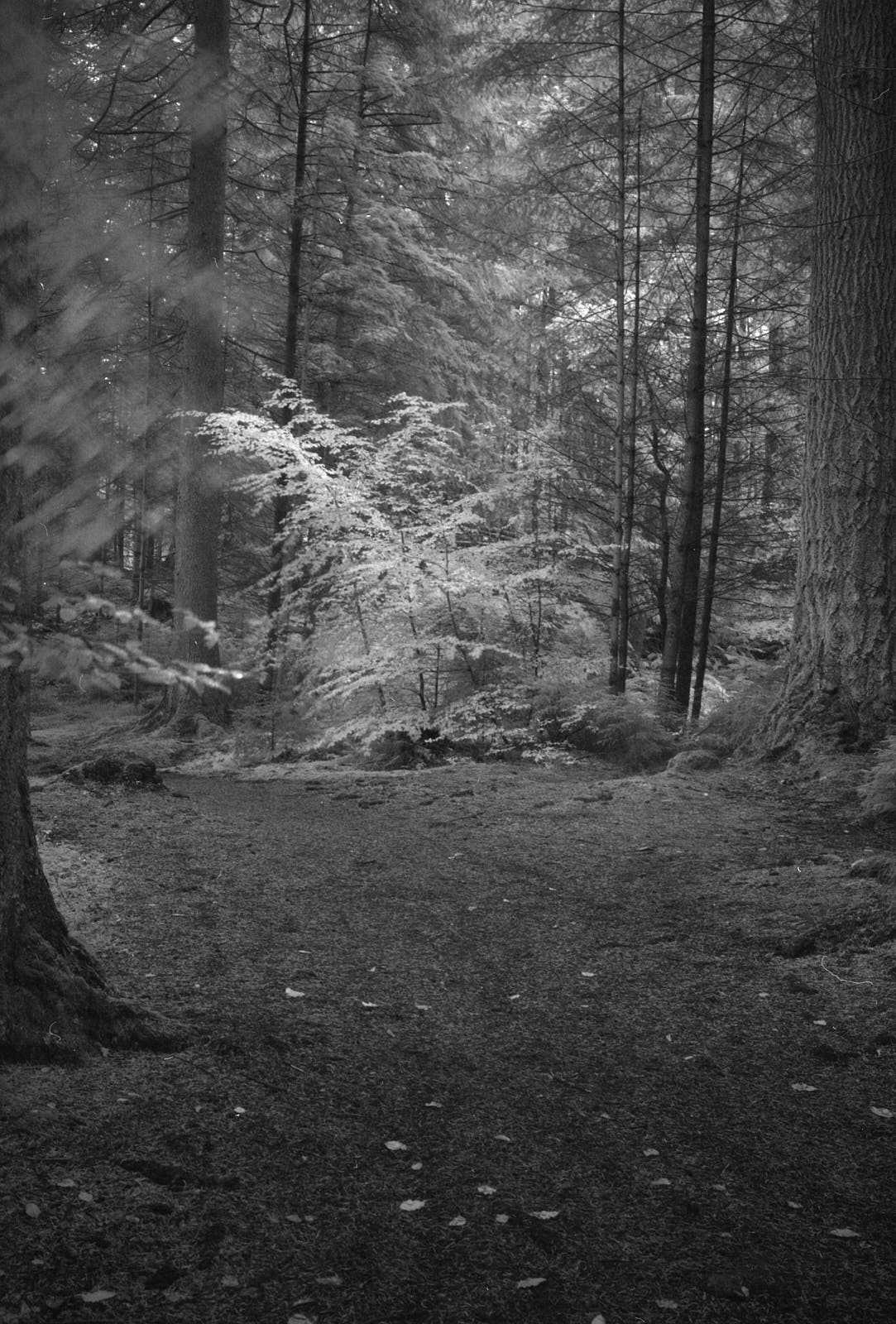 I’m quite pleased with the results from my first time out with near-infra-red film. There’s a slightly timeless look to the pictures caused by the rendering of foliage in infra-red wavelengths. Next time, maybe I’ll seek brighter light and try longer exposures using the 850nm or 950nm filter.

Berlin at Dunkeld in October