I took my little Agfa Isolette, loaded with Kodak Ektachrome E100 to nearby Kinghorn beach, a place my wife and I often go to for a bit of headspace and diversion from the rest of the world.

Despite the habits of the digital age, for this roll, I didn’t record all the exposure details, going broadly with “sunny 16”, occasionally referring to an app on my iPhone for aperture and shutter speed combinations that might be reasonable. It was a bright, partly sunny day, and I took some of the shots at 1/50 s hand-held, although some were at 1/200 s or between these two. Apertures were between f/8 and f/16, mostly. I finished the film and sent it to AG for developing with another E100 I had recently finished in my Fuji GW690ii.

The transparencies were scanned in an Epson V600. At 6400 dpi, this yields a file around 750 MB in size, and an image approaching 250 megapixels, but this is not anything like equivalent to “better than a Fuji GFX” unless the camera and photographer have combined to capture the absolute highest quality image possible. I certainly am not consistently getting that kind of precision, even if the camera can, but it won’t stop me trying. I scanned these at 3200 dpi for an image nearer 50 Megapixels in a file under 200MB after cropping. 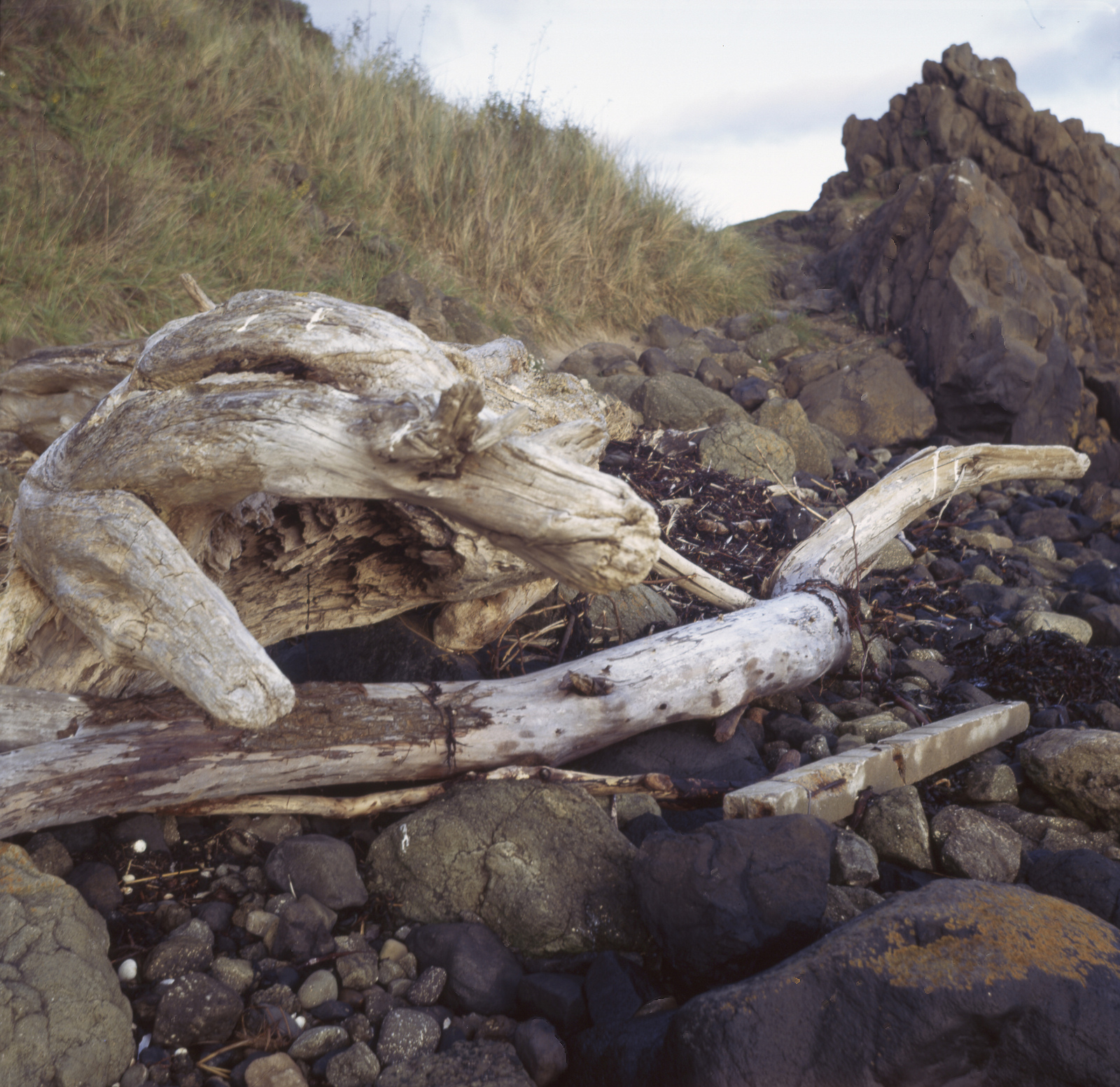 Near Kinghorn beach. Adjusted for crop and wonky horizons in Iridient Developer. Size reduction for the web was in Apple’s Preview. 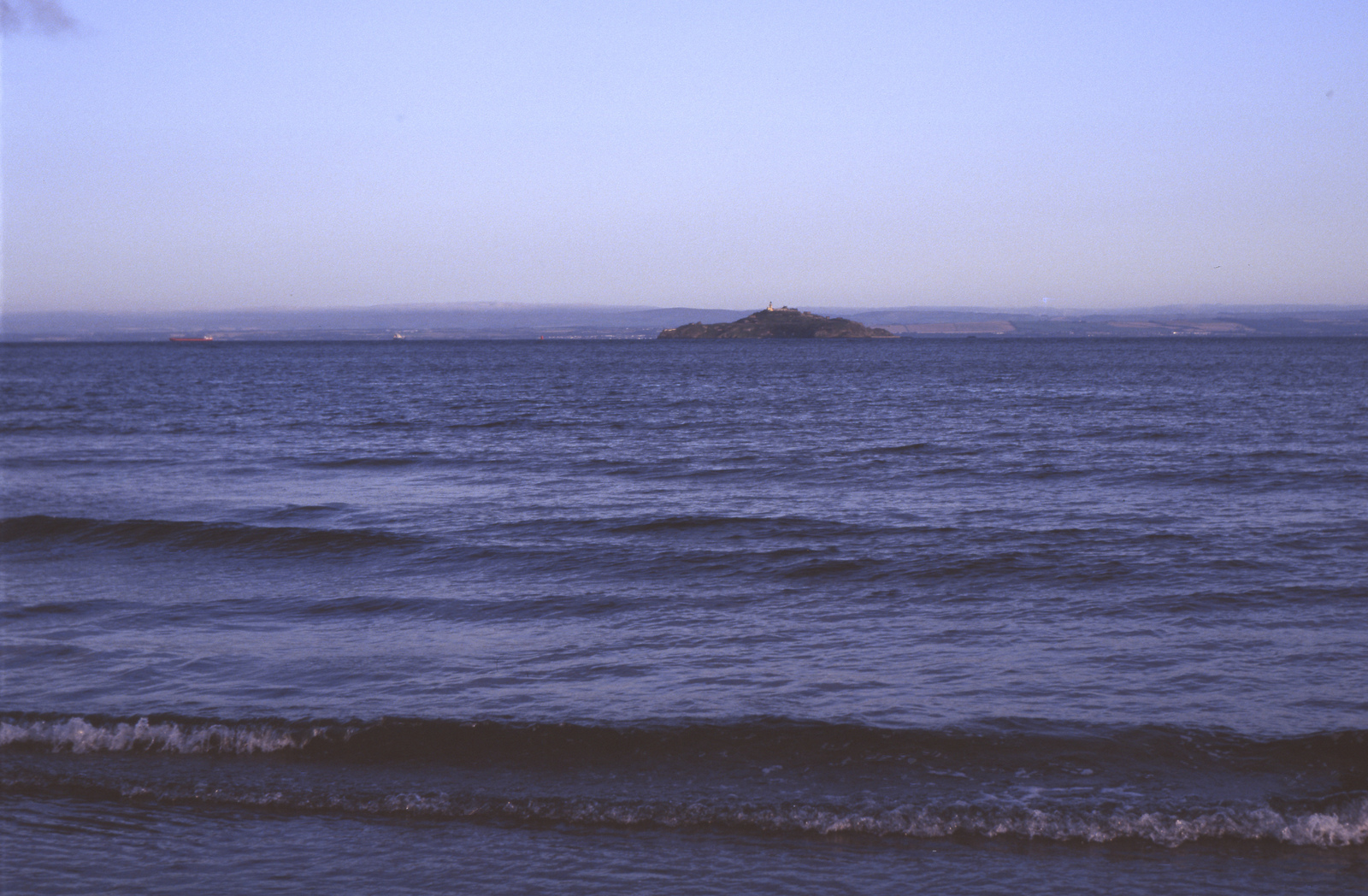 It’s not lost on me that a roll of this film, with processing, costs more than the camera did. I’m sure that’s not a unique situation but given that the Agfa Isolette is a medium format camera, and the quality of the capture and rendering are, in my view, pretty good, then I am left wondering why I am also happy, from time to time, to launch a grand or more on a digital camera. Maybe those days are over.

The variation in exposures in this roll are certainly operator error. I do a lot of calculating while I shoot, having never developed any real “intuitive feel” for exposure over the years. There’s time yet – as Henri Cartier-Bresson says, “your first 10,000 photographs are your worst”.

Berlin at Dunkeld in October