This is the first roll of my own film I have put through this little Agfa Isolette (see what I did there?). My wife and I went out during the so-called lockdown for some messages and a little exercise, having heard on the news that it’s OK to get in your car and take a short drive to somewhere local if it helps you remain socially distanced enough to fight the spread of COVID-19. We decided that a walk on a beach would be safer and more responsible than a walk in the local park.

Stupid is as stupid does

I’m still not quite myself following a recent loss, but I make no excuses for myself: the first four exposures on this film in the camera were all carefully exposed without remembering to advance the film. I re-took the building (Charles Hill Battery) on frame 2 using the same settings. 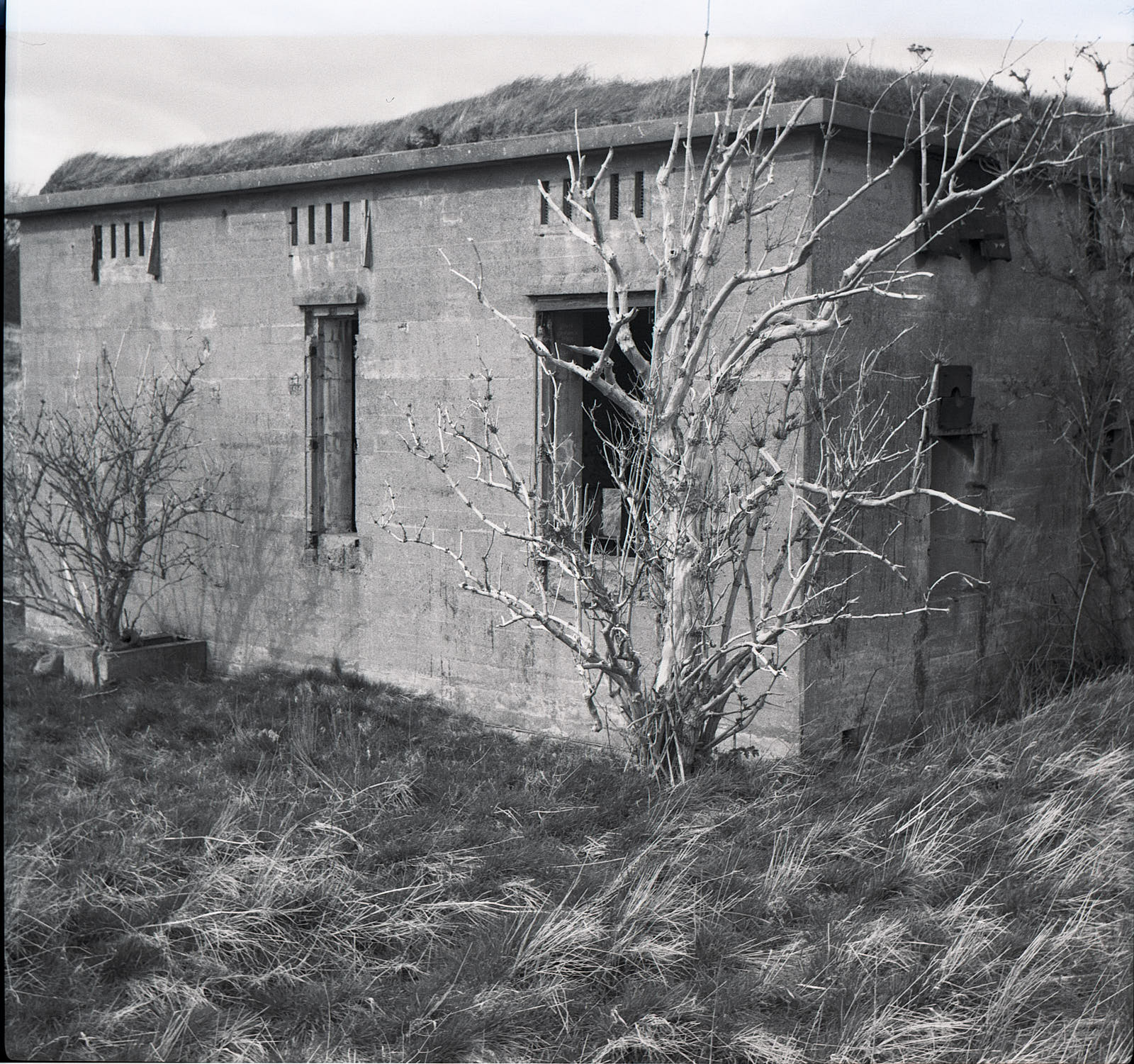 I double-exposed again on frame 4, re-taking the shots in 5 and 6. Apparently, photography is good for mindfulness. One of the scans, of the Monk’s Cave, where monks used to wait for the boat to take them to Inchcolm Island out in the Forth, I processed using the Nik Collection Silver Efex Pro 2 application to bring out the detail in the sky and foreground. I quite like it: 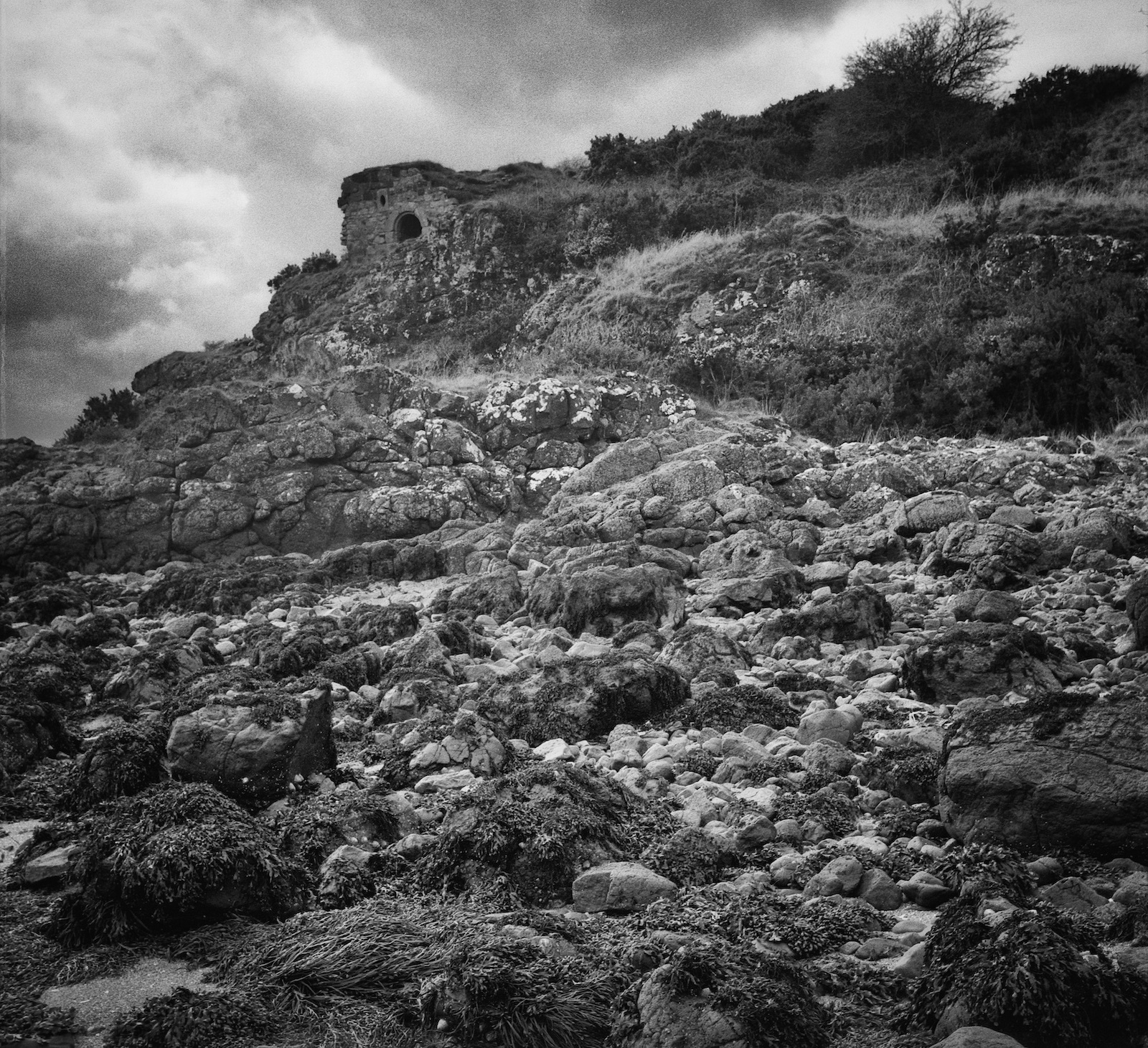 I like this film, known as TMY, because it’s reliably good and very tolerant of my handling. This roll I processed myself, using 50:1 Rodinal R09 for 18 minutes and Kodak Fixer/Hardener. I had the devil of a job getting the film on the Paterson Reel and got quite grumpy at myself. The development went OK once I’d sorted out my fingers and thumbs. I scanned a selection of the frames on my Epson using their dreadful Silverfast 8 software and noticed that pretty much every one had a band across the top, presumably from a light leak in the camera somewhere. You can see it in the building image above, and faintly in the tree image: 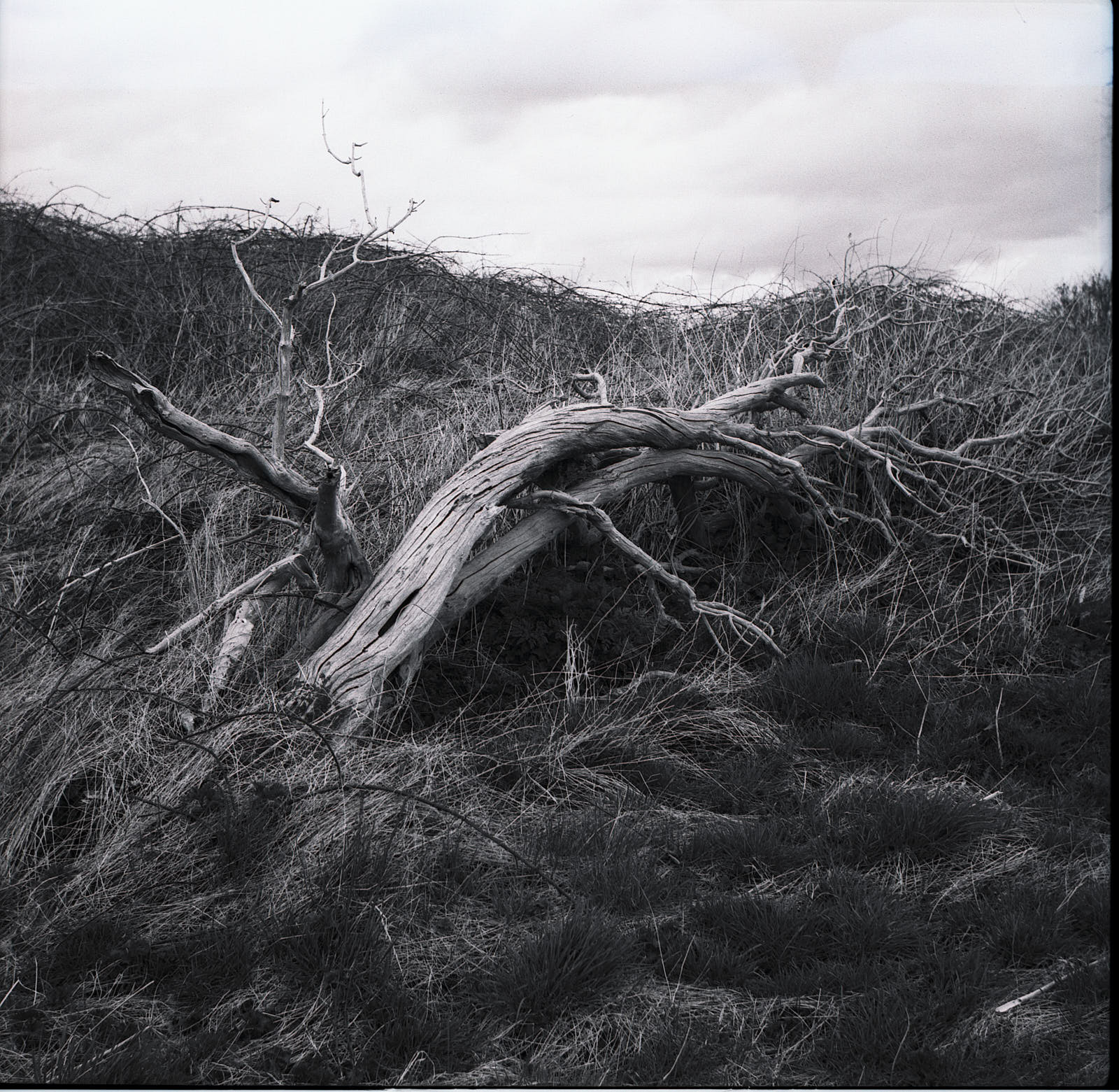 I really don’t think I am going to worry about it - this camera cost me less than twenty quid including postage so a professional CLA1 is not economically viable. Quite probably the light seals along the bottom of the camera are just needing replaced, a job I might do in a future lock-down.

The scanned tiff files were converted in Capture One, with a bit of contrast adjustment and cropping in the header image.

I notice that I didn’t deviate from 1/200s shutter speed with this roll. It was quite bright and so perhaps 400 ISO wasn’t right for the conditions, given that this camera’s shutter doesn’t go any faster than that. Even inside the Monk’s cave (header image), I was exposing for the surfaces lit directly from the outside. 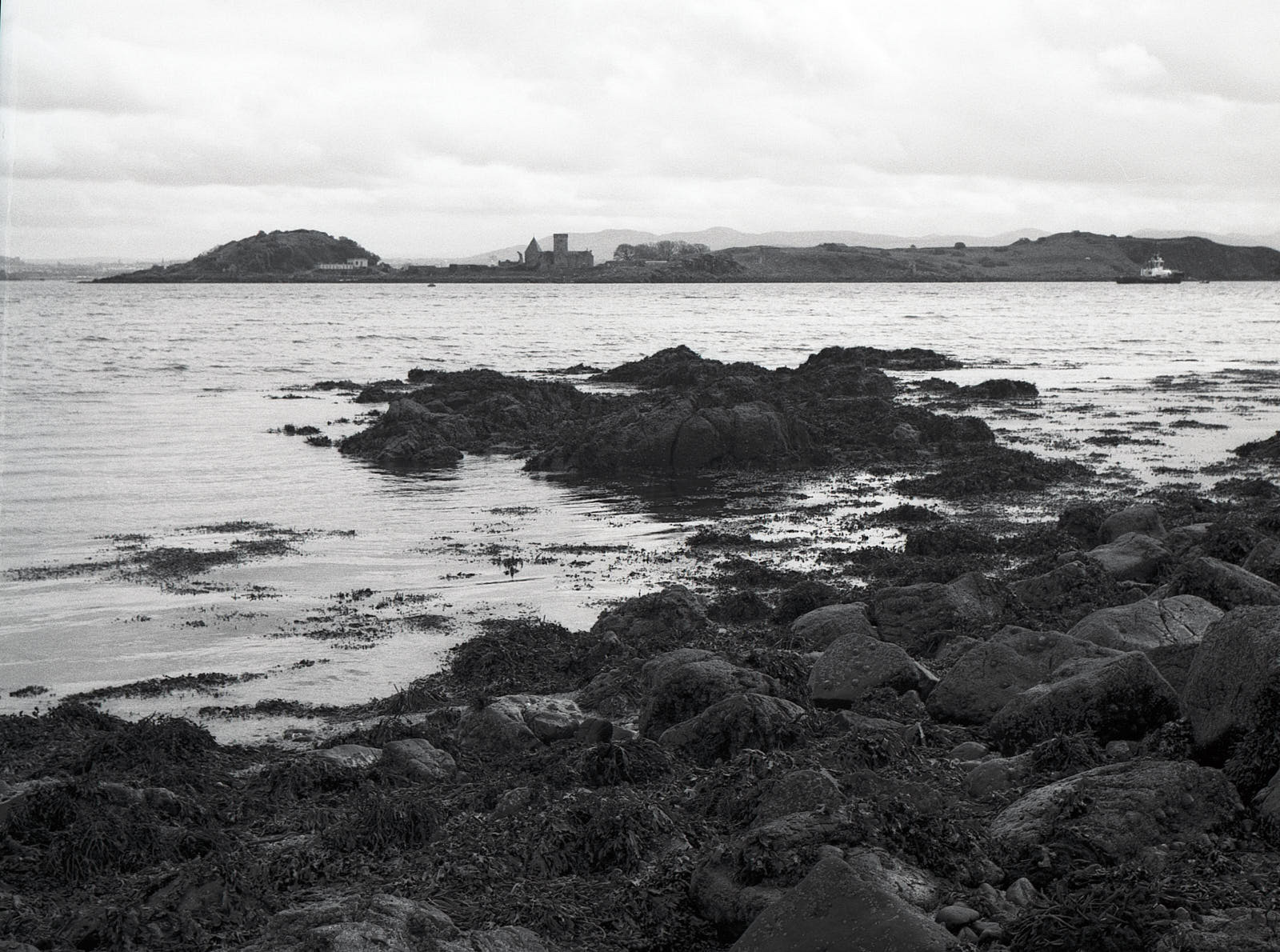