We went out for sunrise at the Witch’s Finger (Trøllkonufingur) which was unspectacular due to clouds obstructing the sun but still fun. After breakfast, we headed out to find the lake above the sea. We did, but not before shelling out 200 Króna each for the privilege of access to the footways. A nicely spoken local girl was manning the barricade and promising tea and coffee when we returned from our hike. 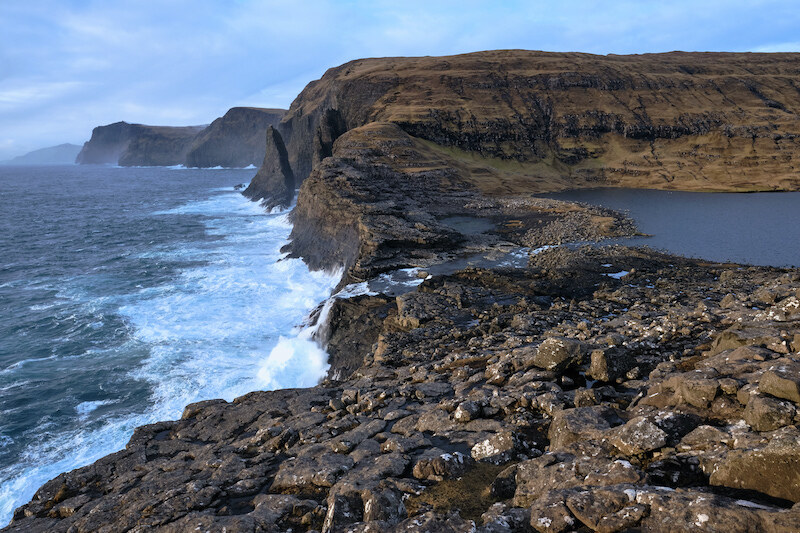 Of course, she wasn’t there when we returned after sunset. We didn’t care much, having had around 10km and 120m of elevation to stretch our muscles on. Leitisvatn / Sørvágsvatn lake (“the lake above the sea”) pours over the Bøsdalafossur waterfall 30 metres into the sea below, which crashes dramatically against the cliff edges as if it were trying to get back up into the peaceful waters of the lake, where people were kayaking when we were there. 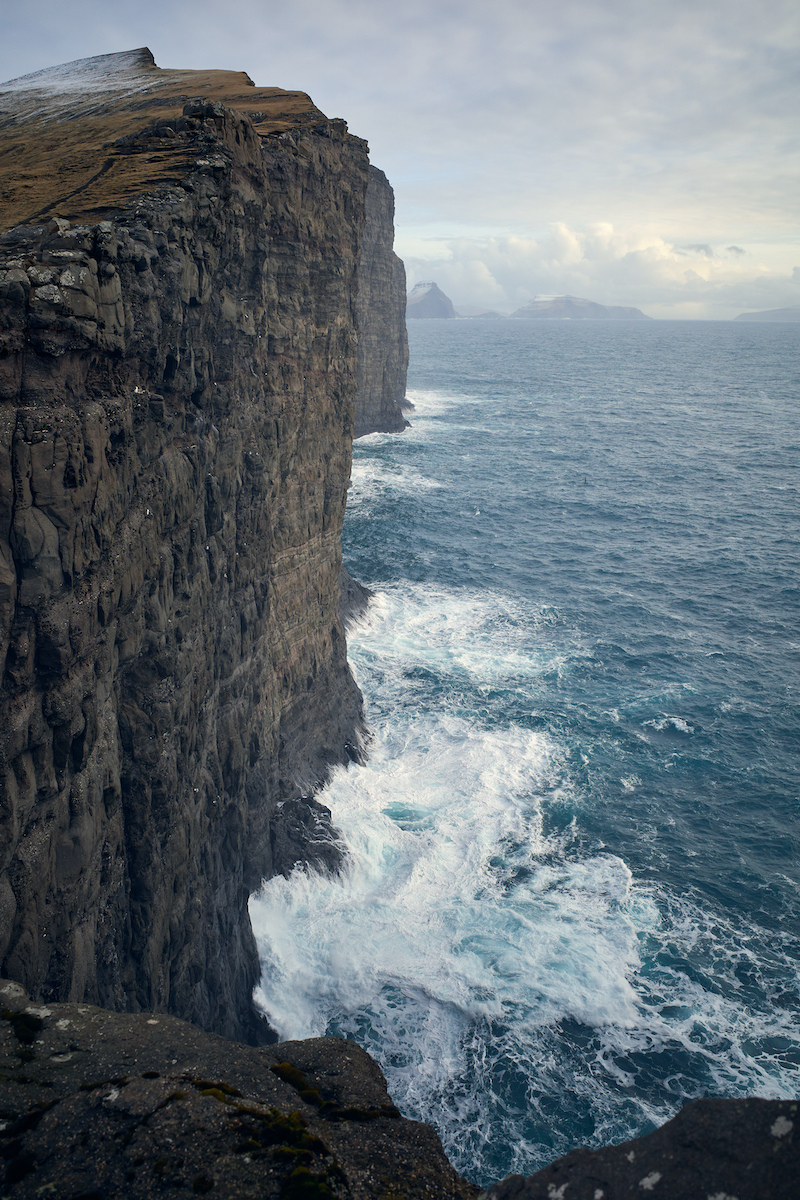 The cliffs on the walk to the lake are several hundred metres above the sea and even on a fairly calm day, as today was, the thought of a sudden gust or a seagull with a sense of humour kept us focused and not too close to the edge. We met a local near the top of the walk who chatted in good English about the Scottish fishermen who threw chocolate to the local kids, who in turn sold lighters to the fishermen. My wife’s grandfather was one of those fishermen. 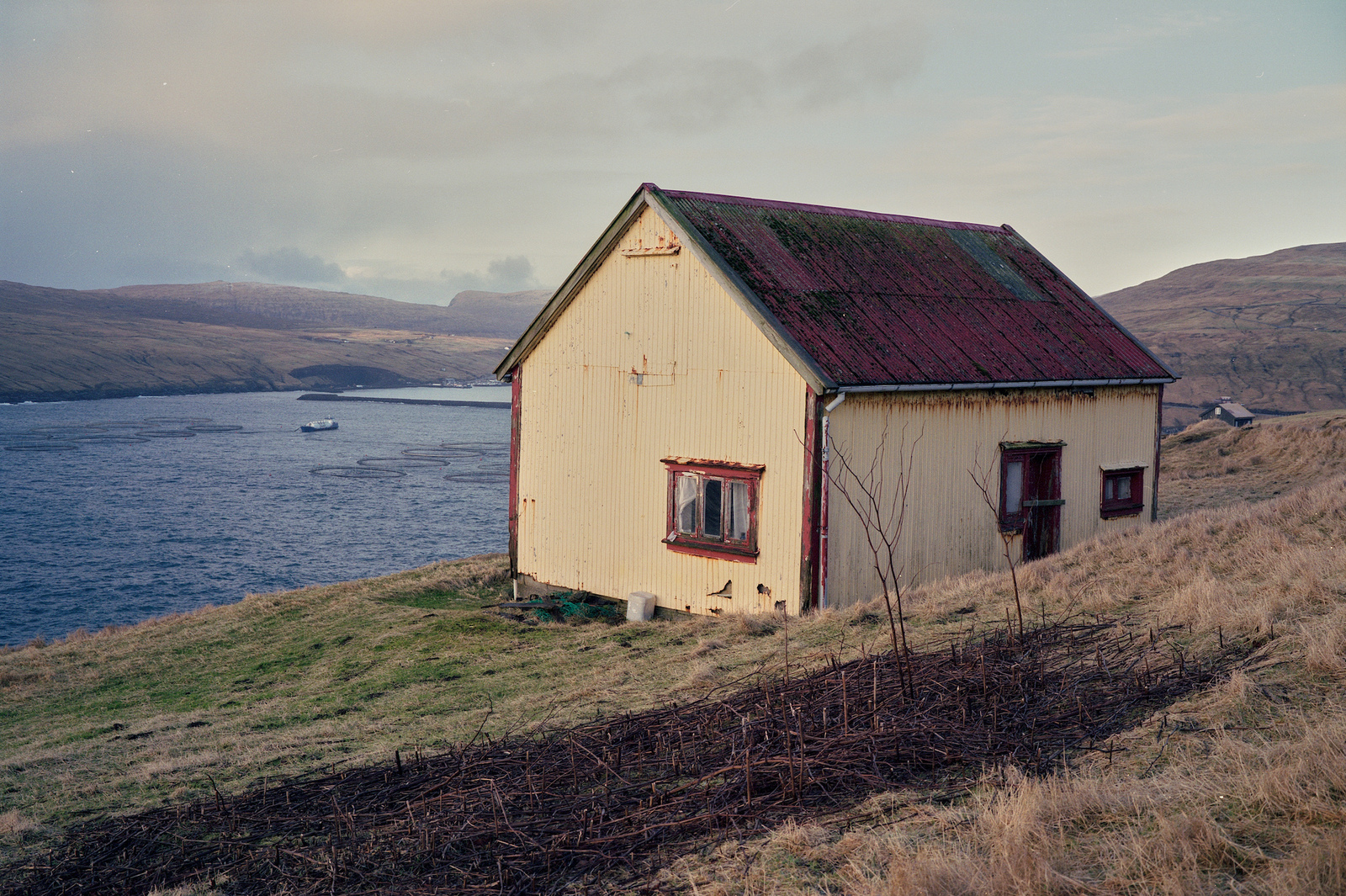 We passed this little shed-cum-cottage several times as we explored the area around Miðvágur. I had to stop to capture this scene with the Fuji Pro film I was carrying. I love the colours and would love to come back to see it again in the summer light. 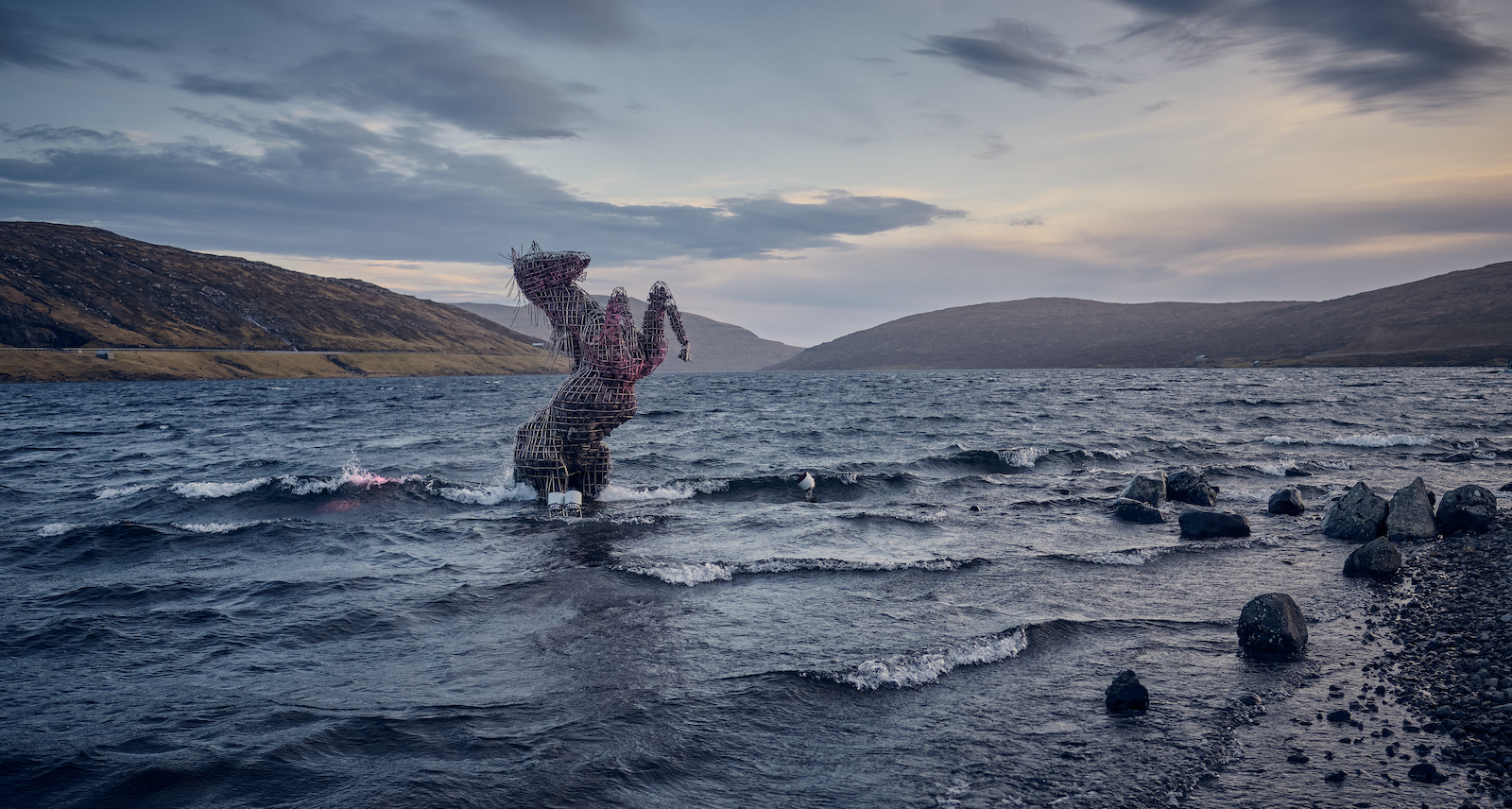 We found this artsy sculpture near the roadside that runs by Lake Sørvágsvatn. It represents a Nykur, a mythical Scandinavian creature that drags children down to the bottom of the icy waters. Saying the name of the creature makes it lose all of its powers. I wonder if someone said the name of the sculptor.